"We will have one car with one engine. It doesn’t make sense to have different variants". Audi Sport’s electrification switch announced last year will be ramped-up significantly over the coming years, with a fresh report from the United Kingdom alleging that the marque’s RS models will no longer have different powertrains.

With the next RS4 poised to become a plug-in hybrid and the all-electric e-tron GT RS due out within the next two to three years, the division’s Sales and Marketing Head, Rolf Michel, confirmed to Autocar that the process would be a ‘step-by-step’ approach and not simply in one complete sweep. 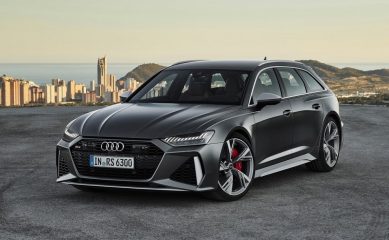 “Audi AG is positioning itself as consistently electric. The first step of electrification is already done with the RS6 and there will be fully electric versions with the E-tron GT. Our main focus is performance and everyday usability,” Michel said.

Branding electrification as having the ability to be “emotional and with “brilliant aspects for performance cars”, Michel added that, “[Audi Sport is] well-known for precise portfolio planning, and we want to keep it easy for the customer. Besides the RS6 Avant, the RS7 Sportback and RS Q8 are the only other RS models equipped with electrical assistance, which comes in the shape of a 48-volt belt alternator/starter working in tandem with the twin-turbo 4.0 TFSI V8 for a total output of 441kW/800Nm. For the time being, it remains to be seen which of the myriad of engines will be kept or discontinuing over coming years.