"There is definitely still a market for 4x4 manuals". Mitsubishi has expressed its support for the manual gearbox in the lucrative four-wheel-drive double cab segment despite the ongoing rise in popularity of models outfitted with automatic transmissions.

Despite unveiling the automatic only Triton Xtreme last month, the three diamond’s General Manager for South Africa, Nic Campbell, said the move towards self-shifters won’t result in the phasing out of the manual ‘box completely just yet. 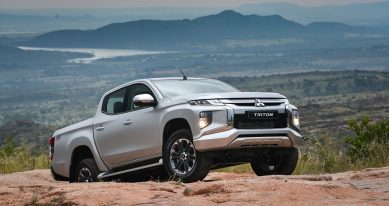 “There is definitely a shift towards autos, I think it’s the price gap between the two and also the use of the car. A 4×2 automatic is preferred over a 4×4 manual if not going to the great outdoors or off-roading. [However], there is definitely still a market for 4×4 manuals, especially in our neighbouring countries and also for those 4×4 enthusiasts who like to ‘drive’ their 4x4s,” Campbell said.

Aside from the ‘standard’ Triton and the soon-to-be-replaced Isuzu D-Max and Mazda BT-50, only the Toyota Hilux, Nissan Navara and Mahindra Pik-up offer a manual ‘box on their respective higher-end four-wheel-drive double cabs, with the row-it-yourself option on the Ford Ranger being limited to the 2.2 TDCi XL and on the 2.0 BiTDI Highline derivative of the Volkswagen Amarok.

At the same time, Campbell also stated no word from Japan has been received about a potential rival for Ford Ranger Raptor despite growing speculative reports and subsequent denials from Mitsubishi executives in Australia. 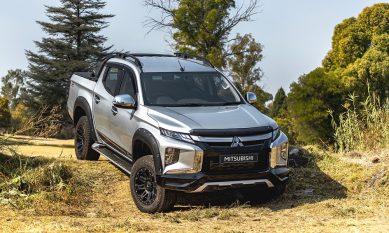 “We have not received any news from [our] R&D [department about a Raptor rival], but we [will] continue to make exciting local limited editions. Our focus will be on the needs of consumers for practicality and drivability,” he concluded.

Earlier this month, the automaker’s Senior Manager of Product Strategy Down Under, Owen Thomson, told carsguide.com.au that while nothing has yet been confirmed, “We’re always looking at opportunities, watching what the competitors do, and we try to modify our plans accordingly”.