Current Intercontinental GT Challenge championship leader out to defend his lead on international as well as home soil. 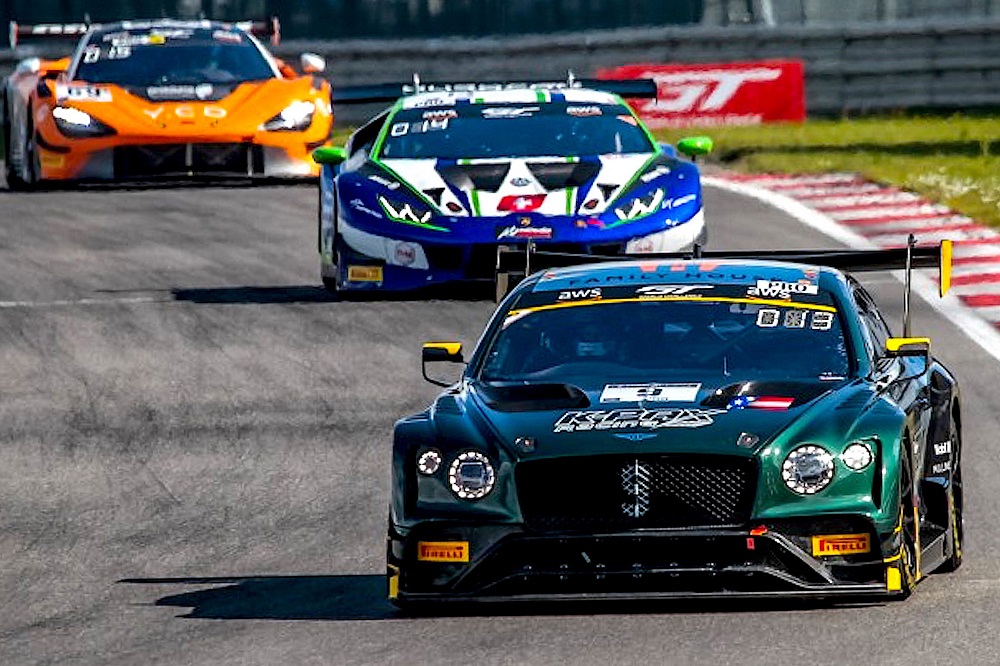 “I am delighted to confirm that I will be driving a KPax Bentley Continental GT3 with my Bathurst 12-hour winning teammates Jules Gounon and Maxime Soulet in both the Spa 24 Hour in October and the Indianapolis 8-hour in November,” Jordan announced.

“The three of us will also race a Continental GT in my home race Kyalami 9 Hour in December, which is brilliant news because we can now finish off the ICGT championship that we started with our win in Australia.”

The title-leading trio’s entry had been in balance following the factory team withdrawing from the series, but the two Bentley customer teams have now stepped in to make it happen. Jordan has also been riding the crest of a wave racing around Europe since GT racing bounced back after lockdown”.

“I have had six races in three series all over Europe in seven weeks, with a mixed bag of results,” Jordan explained. “It’s been absolutely crazy but also so enjoyable! First up was the GT World Series Europe at Imola in Italy, where we were on for a strong result for US Bentley team KPax in its Euro debut. Unfortunately we had contact and earned a drive-through penalty, so we left without any points.

“I then switched focus to German ADAC GT Masters, where it’s coming along strong. We had a tough first race at Lausitzring and we were on the pace at the Nürburgring, but we had some issues in the races. As a works driver, it’s really gratifying to have a positive impact in this new Bentley team that’s on a steep learning curve!”

“Then it was back at the Nürburgring for a great GT World Series round last weekend. We started in 19th but the three of us had an awesome race — my double first stint up to fourth was among my best ever drives and we ended up sixth out of a field of 50 in just KPax’s second race in Europe. We plan to keep the momentum going there too.”

Jordan also raced a BMW M6 to eighth in a Nordscheife VLN six-hour in preparation for the Nurburgring 24 in two weeks time. “I’m delighted to be racing one of the greatest races I’ve ever driven with the hugely experienced privateer Walkenhorst BMW team. Most Nürby 24 GT3s run Michelin tyres, but we will be on Yokohamas, which is a bit of an alternative strategy that we will use to our advantage.

“It’s been a full season since we started racing again and it’s getting busier — I even have to miss the GT Masters round at the Sachsenring that clashes with Indy, which is a pity.” Jordan concluded. “I am really enjoying racing at the moment — and most important of all, flying the South African flag high!”