A motorist operating an unlicensed motor vehicle on a public road can be fined R1,000, more than once. 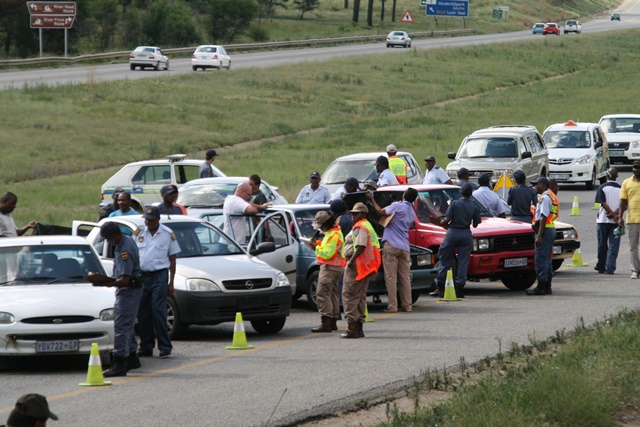 Motorists planning to hit the road for a long weekend getaway face the long arm of the law should they have failed to renew their vehicle licence discs in time. And, they could possibly receive multiple R1,000 fines for the same transgression.

“And, motorists caught operating unlicensed vehicles are in breach of the law and face the penalty associated with the offence,” Minnaar said.

The grace period for the renewal of license discs which expired during lockdown between 26 March and to 31 May, expired on Tuesday this week.

According to the Road Traffic Management Corporation more than 700 000 motorists that qualified for the extension had not renewed their licence discs by the end of last week and even with a reported last-minute surge in renewals this week, many run the risk of paying the price for not doing so. More than one fine

It could even get worse for motorists. Minnaar confirmed there are no rules prohibiting authorities from issuing the same motorist with more than one fine for the same expired licence disk.

“There are no limitations to the number of fines one motorist can get. If a motorist without a valid licence disc gets pulled over again he can expect to get another fine,’’ said Minnaar.

“But there is no witch hunt now to specifically try and clamp down on expired vehicle licence discs. Checking the validity of a vehicle licence disc is part of the routine inspection officers perform when they inspect a vehicle, along with checking driver’s licences. Motorists can expect these routine stops along the major routes over the long weekend.”

However, Minnaar added, if a motorist had “specific personal circumstances” which they can prove led to the non-renewal of a licence disc, they are within their rights to approach the relevant department afterwards to object to the penalty. He gave the assurance that all officers are aware of the deadline extension granted to motorists whose driver’s licences expired between 26 March and 31 August, that has been set at 31 January.

Minnaar said the JMPD expected a spike in traffic on the major routes leading out of Gauteng from Wednesday.

“It is not expected to be as hectic as the festive season, but it will most definitely increase. The major affected routes should include the N1 toward Limpopo, the N1 south to the Free State and Western Cape, the N12 to the North West and the N3 towards Durban.

“We strongly advise all motorists to be cautious, not to exceed the speed limit, or to drink and drive. With the relaxing around the sale of alcohol, there is always the increased risk of drinking and driving, which presents considerable danger to all road users,” Minnaar said

The Minister of Transport, Fikile Mbalula, in July granted an extension in the validity period of motor vehicle discs, permits and roadworthy certificates that expired during the period between 26 March and to 31 May. The deadline for renewals for licence discs which expired during that time was set for 31 August.

The usual 22-day grace period in the month following the expiration of a licence disc meant that motorists only had until Tuesday (22 September) to renew their licence discs.

Motorists who missed the deadline will now have to pay a penalty charge of 10% per month on the annual licence fee, while they also run the risk of having to pay a fine of up to R1,000 should they be caught operating an unlicensed vehicle.