In a rebuttal of previous claims, the 2.5 TFSI engine will have more torque but not power.

Officially teased numbers make reference to the firing setup of the five-cylinder engine.

Having intentionally teased the all-new RS3 Sportback and Sedan two weeks ago without providing any details or even alluding to them, Audi Sport has now divulged more information ahead of the newcomer’s reported unveiling in September.

The main topic of speculation for over a year, the RS3, as is already known, will prevail with the five-cylinder 2.5 TFSI engine, but in a surprise twist, without a power increase in order to match or even outgun the 310 kW Mercedes-AMG A45 S. 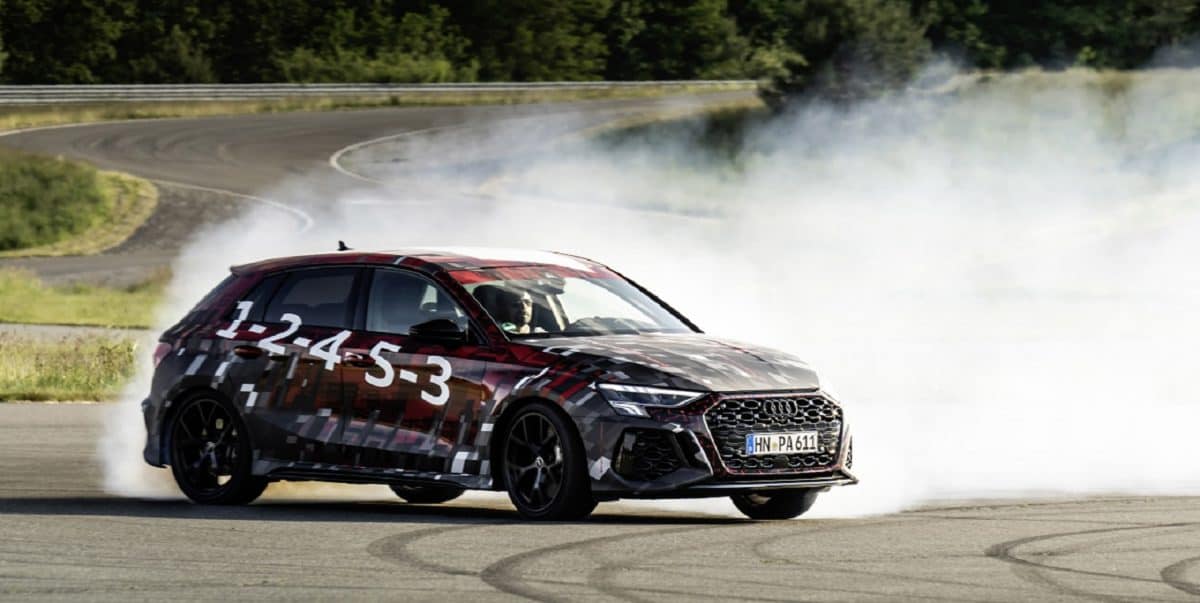 As before, drive is routed to all four wheels via the seven-speed S tronic gearbox, which has been recalibrated to cope with the higher torque output. Also carried over is the launch control function and in the case of the optional new Dynamic Package, carbon ceramic brakes as well as a 290 km/h limited top speed.

Like the standard A3 Sportback and sedan as well as the S3, the RS3 makes the switch to the MQB Evo platform that premiered with the eighth generation Volkswagen Golf, but with a series of changes to fit its persona.

This includes lowering the overall ride height by 25 mm compared to the A3, stiffening up the springs and shock absorbers, fitting RS3 specific wishbones and stabiliser bars, applying one more degree of negative camber and revising the electric power steering for better feedback.

Aside from the standard RS Sport suspension that can be upgraded to the Sport Plus comprising Adaptive dampers, Audi has also retuned the RS3’s Electronic Stability Control system while at the same time opting for three new designations for the Drive Select system; Efficiency,  Comfort, Auto, Dynamic, RS Individual, RS Performance and RS Torque Rear. 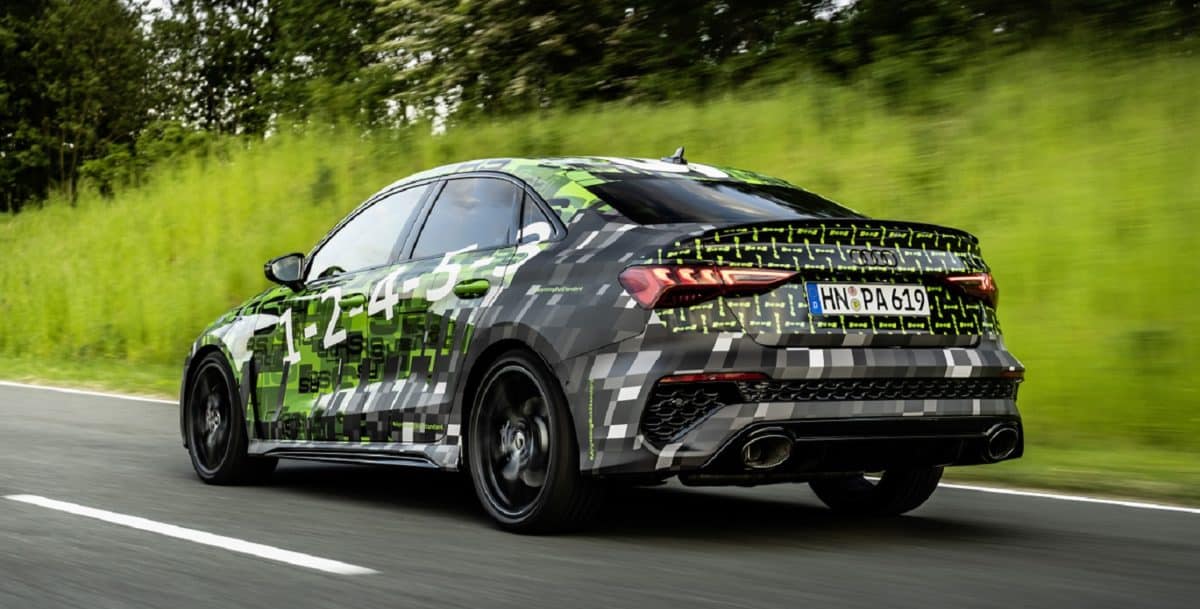 Rear of the RS3 Sedan.

It is however the latter that takes centre stage as it allows the RS3 to drift using torque vectoring and the new multi-clutch on the rear axle which Audi claims not only allows for a four-wheel drive slide, but an even distribution of torque and reduction in understeer “during dynamic driving”.

Although an official launch date is still to be confirmed, expect more images, possibly of the interior, and details to be revealed in coming weeks and months.