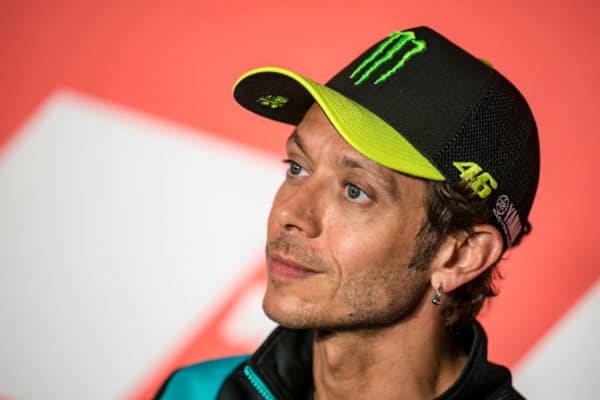 Valentino Rossi of Italy has decided it is time to call it quits. Picture: Steve Wobser/Getty Images

Italian motorcycling icon Valentino Rossi called time on a career spanning 26 years on Thursday, with the seven-time MotoGP champion announcing he would retire at the end of 2021.

The swashbuckling rider who called himself “The Doctor” dominated the first decade of the 21st century winning seven world titles in MotoGP’s elite category.

His sheer love for racing saw him carry on until 42 and he departs with 115 victories including a record 89 in MotoGP, 235 podiums including 199 in MotoGP, also a record, and the longest career of any rider in the sport’s premier class.

In the top flight Rossi was runner-up in his first season in 2000 before taking the final world title raced in the 500cc format a year later with Honda.

Rossi’s last race victory dates back to 2017 at the Dutch Grand Prix, with his last pole position in 2018 and most recent podium the following year.

Last season he finished 15th in the standings, unprecedented for a rider who had not finished outside the top 10 at any level since his debut in 1996.

The 2021 season was to have been his final chance to turn the tide.Demoted to Yamaha-SRT, the satellite team of the Japanese manufacturer, he had to regain his flare or bow out.

After nine races, he is only 19th.

Talkative, funny, charming but also relentless in competition, “Vale” nevertheless developed long-running feuds with a few of his main rivals.

“He’s a great guy but it is better to be in his camp,” said French rider Johann Zarco.

At the start of his career, Rossi had strained relations with compatriot Max Biaggi, who he edged for the 2001 title.

Later there was the rivalry with Spaniard Jorge Lorenzo, who was his teammate at Yamaha, and who Rossi held off to take his last title in 2010.

Rossi did not win the class again, but finished second in three straight seasons. Lorenzo overtook Rossi in the final race in 2015.

Relations with his Spanish Honda rival came to a head in 2018. After Rossi won the season opener, Marquez brought the Italian down during the second race, the Argentine Grand Prix.

The two riders did not reconcile until a year later.

The Italian also knows how to make himself popular with his antics. He has stopped his motorcycle on the edge of the track for a “pee break,” attracted attention with a “Viagra” helmet and worn crazy wigs after his victories.

The number of fans at races wearing his favourite colour, bright yellow, or waving flags with his race number, 46, testifies to his ability to build his image.

At 42, and with a few more wrinkles, Rossi still looks like a pixie with the same smiling face and sparkling blue eyes.

The brown curls, which at one time gave way to a shaved head, have returned. His English is still embellished with Italian expressions.

Rossi has been building his legacy at his “VR46 Academy”, based at his “Motor Ranch” at Tavullia, where he grew up, near the Misano circuit in eastern Italy. There, he has mentored Italian hopes Franco Morbidelli, Francesco Bagnaia and his half-brother Luca Marini.

He trains with his proteges and guides them from Moto3 to MotoGP.

His VR46 team will make its debut in MotoGP next year as a Ducati satellite.

Even if he is retiring as a rider Grand Prix motorcycle racing is not about to lose its most visible ambassador.