Ford Fiesta here to stay, no RHD means no Maverick

Slipping sales and axing of the diesel version has questioned the local market future of the Blue Oval's once-popular Polo rival. 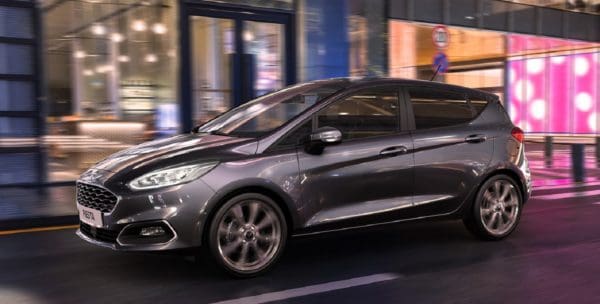 Ford Motor Company South Africa has reaffirmed its commitment to the Fiesta, in spite of declining sales and a shrinking model lineup.

Once one of the Blue Oval’s top-selling models, the Fiesta, which enters its fourth year of production this year, has slowly been losing ground to its arch rival, the Volkswagen Polo, due to increasing prices and popularity of small SUVs.

Ranking behind its stablemates, the EcoSport and Figo, the Fiesta is however not expected to disappear soon with the local arm of the Dearborn giant confirming it remains available, albeit now with the 1.0 EcoBoost engine only after the axe came down on the 1.5 TDCi Trend last week.

With the exception of the manual Titanium that delivers 92 kW of power, the blown three-pot produces 74 kW otherwise with torque across the range rated at 170 Nm. An overboost function briefly lifts the latter to 200 Nm with both transmissions featuring six ratios.

Although updated in Europe last year with mild-hybrid assistance as well as the seven-speed dual-clutch gearbox from the Puma, which incidentally won’t be coming to South Africa either, the revisions – for now – are not forecasted to debut on the local market Fiesta.

At the same time, Ford also confirmed that no plans are in place to bring the Maverick bakkie to South Africa as a result of the “junior” Ranger being a left-hand-drive-only model for now.

In addition, an announcement on the replacement for the Volkswagen Tiguan and Toyota RAV4-rivalling Kuga will only be made in due course, once a potential model is identified.