Sixth in the championship, the Potchefstroom native still has a chance of finishing the season in the top three. 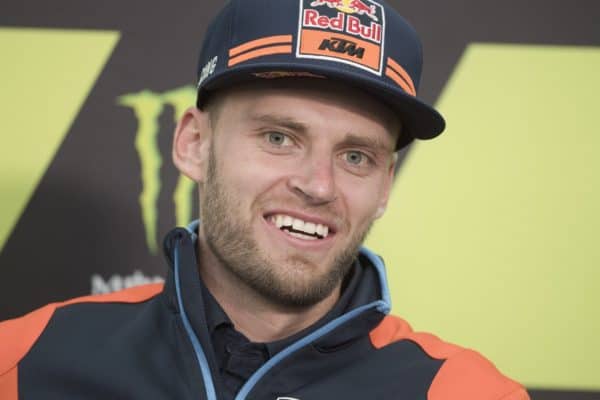 With Fabio Quartararo enjoying a significant lead on top of the MotoGP world standings, Brad Binder has given himself an outside chance to join the Frenchman on the podium at the end of the season.

The South African Red Bull KTM rider fought his way from 12th to finish sixth at the British Grand Prix at Silverstone on Sunday to cement his sixth place in the world standings on 108 points.

While Quartararo on 206 points might be out of Binder’s each with only eight races left in 2021, the possibility of a top three place is still a realistic one should he finish the season well. Juan Mir (141) and Johann Zarco (137) currently occupy the second and third places, followed by Francesco Bagnaia (136) and Jack Miller (118).

After 12 races this year, Binder has already scored more points than the 87 he recorded in the 15-race 2020 season which earned him the rookie of the season accolade.

“I had a tough start to the race and struggled a lot in the first few laps but as the race went on I got stronger and stronger. I’m really happy with the rhythm I managed to keep until the end,” said Binder after the British GP, which was won by Quartararo.

Darryn Binder, Brad’s younger brother, meanwhile finished seventh in the Moto3 race at Silverstone as speculation of a move to MotoGP continues. Darryn, who rides a Honda for Petronas Sprint Racing, is set to join Yamaha in the premier class in 2021.

The younger Binder even tested a Yamaha R1 superbike at Brno in the Czech Republic last week in the lead up to a move believed to be imminent. Twenty-three year old Darryn has been competing in Moto3 since 2015 and is currently sixth in the world standings.

The next race on the calendar is the Gran Premio Tissot de Aragón at the MotorLand Aragon circuit in Spain in two weeks’ time.