Electrification will take centre stage, but the exact extent is shrouded in mystery. 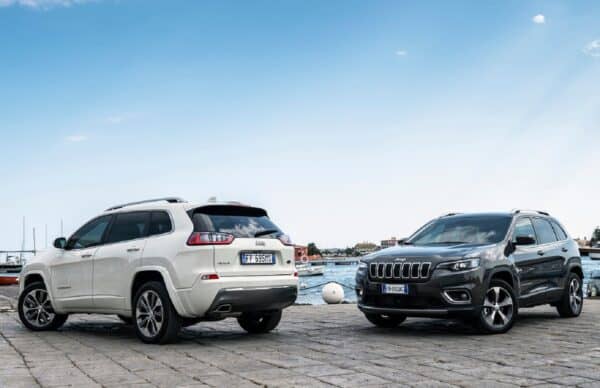 The current KL Cherokee in European guise after its first facelift three years ago.

A model that has quietly faded into obscurity over the last few years, Jeep has confirmed that a replacement for the current eight year old Cherokee is being developed, but that stopped short of announcing any further details.

One of the marque’s oldest and most iconic nameplates dating from 1974, the Cherokee faced a barrage of criticism for adopting a crossover-like appearance with the debut of the current internally named KL almost a decade ago.

Last updated in 2019 with not only a range of reworked engines and new specification items, but also a new front facia that had been the biggest point of content since its debut, the KL Cherokee has seen its sales slump from the just under 240 000 units sold in 2018 to less than 90 000 units last year.

According to US automotive sales and data analytics site, GoodCarBadCar, sales for March-end stand at 10 078, a considerable drop from the 37 922 examples sold over the same time last year.

Addressing the Cherokee’s replacement, Jeep’s North American boss, Jim Morrison, told MotorTrend that the newcomer will be “bigger and better than ever”, but declined to provide details on the eventual date of reveal.

Set to adopt electrification as per Jeep’s focus on pure electric and plug-in hybrid drivetrains, both Morrison and Jeep brand boss, Christian Meunier, kept mum on the specifications of the newcomer, barring the latter confirming “a lot of electrification”.

Caught in a surprising controversy last year for its name being discriminatory towards Americans of Cherokee descent, according to the Cherokee Nation tribal group, who subsequently called for its renaming, MotorTrend reports that the slide in sales comes on the back of not only its age, but also a shutdown of the Belvidere plant in Illinois due to the rerouting of semi-conductors to better selling models.

Despite the current vagueness and uncertainty surrounding the newcomer, don’t be surprised if details and possibly images emerge in the coming months.