Long running rumour of a Amarok SUV has officially been ruled-out. 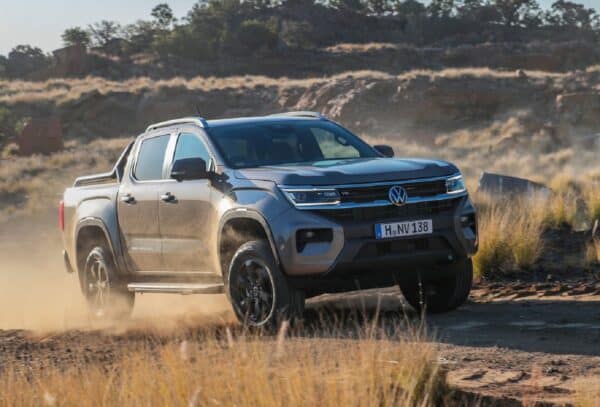 Amarok won't have an SUV offshoot.

Long running speculation of Volkswagen introducing a body-on-frame SUV based on the underpinnings of the Amarok has again been turned down on the back of the reveal of the all-new Amarok earlier today.

Unlike the Toyota Fortuner spin-off of the Hilux, the Mitsubishi Pajero Sport from the Triton and the Isuzu MU-X from the D-Max, Wolfsburg has confirmed it has no intentions of building a seven-seat SUV using the Ford Everest as a base.

In an announcement similar to Mazda’s confirmation two years ago that it won’t be using its partnership with Isuzu to create an SUV derived from the MU-X, Volkswagen Commercial Vehicles Board Member for Marketing, Lars Krause, said a second Volkswagen badged model based on Dearborn’s updated T6.2 architecture first used by the Ranger is unlikely to materialise anytime soon.

“It’s always an idea also to set up a robust SUV based on the pick-up, but we do think that the setup of the pick-up is currently best delivering value to our customers,” Australian media outlets quoted him as saying following the Amarok’s reveal.

ALSO READ: This is it: Volkswagen’s new Amarok(star) officially revealed

“That means we are also offering accessories like a hardtop [canopy] – this will be available also from the beginning. So we are delivering extra customer value, and this is why we are focusing on the pickup.”

Despite the popularity of bakkie-based SUVs in South Africa and Australia, the latter having previously been home to the Holden TrailBlazer based on the D-Max’s twin, the Holden Colorado, Volkswagen’s announcement means it not only joins Mazda, but also Nissan in not availing a body-on-frame SUV to key markets.

Despite having been approved for South Africa in 2020, Nissan ultimately opted to pull the plug on the Navara underpinned Terra after the initial allocation of 148 units sold-out in record time earlier this year.

The automaker stated afterwards it has decided to focus on local production and exportation of the Navara rather than putting emphasis on a second model in the shape of the Terra.