Crossover Crown will be coming to South Africa next, a first for the moniker last offered almost five decades ago. 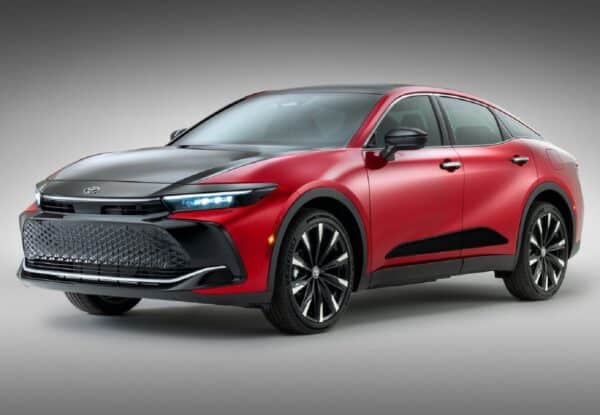 For the first time since its debut in 1955, the default new Crown isn't a sedan.

Unveiled in 1955 as its flagship sedan, replaced by the Century in 1967, Toyota has taken the covers off of the all-new Crown that will be returning to South Africa next year after an almost five decade absence.

The most dramatic realigned and restructuring in the Crown’s 67-year history, the sixteenth generation no longer comes exclusively as a sedan, but as a crossover in addition to the sedan, an estate and what Toyota calls a sports-type crossover.

While the latter trio remain concepts from now, despite appearing production-ready, the crossover sedan takes centre stage with Toyota confirming availability in 40 markets instead of mainly Japan.

With rumours of the Crown’s shift from sedan to crossover/SUV having emerged in 2020, weeks after Toyota afforded it a facelift following the debut of the internally designated S220 in 2018, the newcomer eschews the three-box sedan bodystyle for a coupe-like crossover similar in principle to the Subaru WRX.

Based on Toyota’s TNGA-K platform used by the Harrier, Venza, RAV4 and Camry, as well as the Lexus RX and NX, the high-riding Crown boasts a frontal design similar to the bZ4X, complete with cladding around the wheel arches.

Set to be offered in up to twelve colours with a two-tone option available, wheel sizes, depending on the market, ranges from 19 to 21-inches, with the sloping roofline and fastback appearance flowing down to a rounded bootlid with a full-width LED light bar and integrated skidplate at the base of the bumper.

Measuring 4 928 mm in overall length, the Crown crossover has a wheelbase of 2 850 mm, width of 1 839 mm and height of 1 539 mm, well up on not only that of the Camry, but also the model it looks set to replace in North America, the Avalon.

While unsurprisingly nowhere near the dimensions of the Century, the Crown comes as standard with all-wheel-drive or the E-Four system on hybrid models capable of sending as much as 80% of the available grunt to the rear axle.

In addition to the TNGA-K platform, Toyota has improved the MacPherson strut front suspension and revised the multi-link design at the rear for not only a better ride, but the “solid straight-line stability characteristic of the Crown”.

As well as sharper steering, higher-end models come as standard with the Adaptive Variable Suspension and what Toyota calls Active Cornering Assist that activates the traction control in the case of understeer being detected.

Inside, very little from the old Crown remains, apart from the logo embossed on the steering wheel that will replace the Toyota emblem in Japan.

Largely developed by Toyota’s North American division, a market the Crown will return to for the first time since 1972, the overall design is similar in parts to other TNGA-K models, with the standard infotainment system being a 12.3-inch affair complete with over-the-air updates, Apple CarPlay and Android Auto.

Up front, a choice of two hybrid powerunits are offered; the familiar 2.5-litre, whose outputs were not disclosed, and the new 2.4-litre turbo called Hybrid Max reports have claimed will produce 255 kW.

As is customary, a CVT is the sole transmission option on the 2.5, with a six-speed automatic being standard on the Hybrid Max, together with a Sport+ mode as well as the mentioned E-Four setup.

No further details were divulged, but expect Toyota to disclose full information over the coming months.

Soon to go on sale in Japan, no pricing details was mentioned, but expect a possible emergence within the coming weeks and months.

For now, Toyota is remaining otherwise tight-lipped about the Crown’s return to South Africa, saying sales will commence from the first quarter of next year.