It was off to Korea last week to spend time getting acquainted with some of the new Kia product heading our way in the near future. The big story was the introduction of an all new Kia Cerato Koup with 1.6 litre turbocharged engine. But while we were there we also got to sample Kia’s soon to be face lifted Optima’s while grabbing a peak at the new Cerato Hatch and Soul.

The new Optima will get here in the first quarter of next year and the Koup should get here before the end of this year or first thing next year. This was the other focus of the launch.

But I only got to drive the 199 kW/365 Nm 2.0 litre turbo Optima that is not available yet for right hand drive markets. For the Australian and South African markets the Kia Optima will remain powered by the 2.4 litre GDI engine generating 147 kW at 6300 rpm and 250 Nm at 4 250 rpm. 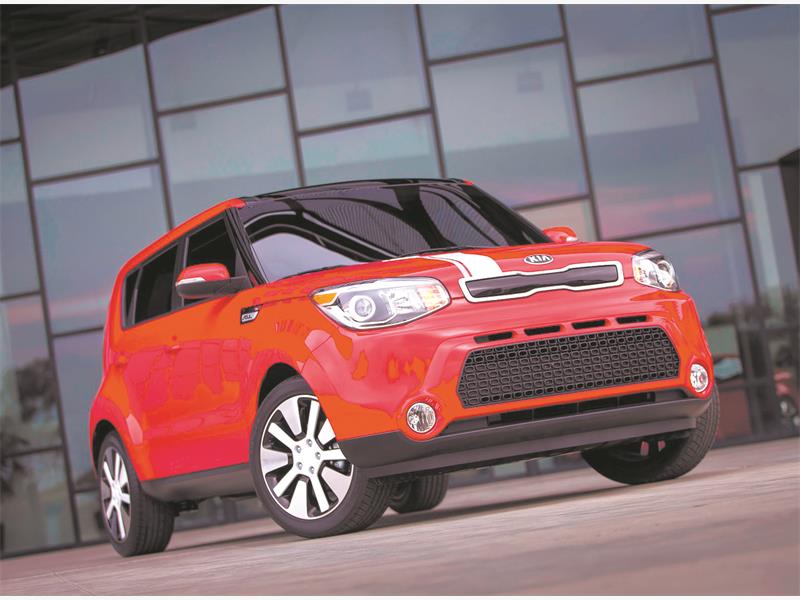 This does a decent job of moving the full size family car, but I can’t help feeling the turbo will go some way towards changing people’s perceptions about the Optima when the engine finally does make it here sometime around 2015.

Either way the Kia Optima has been transforming the company’s market share in its segment since 2010 – achieving a global total of 815 000 sales so far – while inspiring and challenging many consumers to consider a bold and dynamically-styled Kia for the first time.

Responding to customer feedback and developments in the ever competitive automotive marketplace, Kia will be introducing a ‘refreshed’ Optima with an enhanced design, new infotainment, convenience and safety features, increased refinement, improved quality and a more premium finish. Moving to the all new Cerato Koup this follows closely on the launch earlier this year of the all new Cerato Sedan and Hatch that arrives in a week or two. I liked the styling of the previous Koup, and thought it offered buyers something quite different in this segment at a very competitive price.

With the new Koup my feeling is no different on the styling aspect, although I worry that with current exchange rates moving around like they are, Kia SA might not be in such a great position to land the new car at the right price. Think a price of around R320 000 to start with for the Koup that now has a sleeker profile, a more luxurious image as well as being longer and wider than the current car with a significantly extended wheelbase.

But if the exchange rate continues to go down, then this number could keep going up and that make for a tough selling proposition.

Kia says beneath its distinctive exterior the new Koup incorporates all the improved engineering first developed for the Cerato Sedan with an all-new body shell structure, improved quality, upgraded equipment with a host of additional convenience and safety features. There is also a more spacious cabin with enhanced quality, greater refinement and an upgraded turbocharged powertrain. We are only going to get the new high-performance 150 kW turbocharged 1.6 litre Gamma T-GDI engine – which is a good thing. You will also be offered a choice of a six-speed manual or six-speed automatic transmission although there were only autos at the launch.

And herein comes my second main concern with this car. When driving it never really felt like the car had the sort of urge the numbers suggest.

This could just be a result of the drag caused by the auto box that, although fitted with racy paddle type steering wheel shifters, never translated into snappy race inspiring gearshift speeds, even when doing a few relatively slow laps at the Taebaek racing circuit. I am hoping that when the car gets here a drive in the manual version will sort out this feeling.

Kia claims, depending on model, an acceleration time from 0-100 km/h that varies from 8.9 seconds down to 7.4 seconds along with a top speed that is now up to 222 km/h. Either way you can be assured that the turbocharged offering will be quicker than the old 2.0 litre naturally aspirated version that only produced 115 kW – and that was before the thin air of The Reef sucked the life out of it.

I had no issues with the cars level of mechanical grip although we never really got to push it through any mountain passes or twisties. The suspension’s lower arms have larger diameter bushes, the steering rack is moved forwards by 15mm and although the geometry has been modified to deliver improved on-centre steering feel it still remains very artificial.

Kia’s FlexSteer system that provides three different settings (or weights) for the steering to match the driver’s preference with Normal, Sport and Comfort modes makes this problem somewhat worse. I honestly don’t know how anybody at Kia can’t feel this?

Inside, the new Koup can be equipped with up to six airbags – with dual front airbags, front side airbags and side curtain airbags that offer head protection to both front seat and rear seat occupants. Staying inside, the driver-focused cockpit places all the major and minor controls within easy-to-operate reach, and copious use of high quality soft-touch materials are applied to the upper door trims, dashboard, door armrests, door centre trim panels and the centre console to make for a good place to spend a lot of time. Both front seat occupants enjoy the wider seats and deeper bolsters on both cushion and backrest for increased support during enthusiastic cornering. Both front seats are fitted with a simple to operate tilt-and-slide ‘walk in’ device for easy access to the rear seats which has a centre folding armrest, cup-holders in the side panel trim and a 60/40 spilt folding backrest.

To wrap up, dodgy steering feel and not so hot hatch performance aside, the quality is good and I think the Kia Cerato Koup is going to bring something different to those who seek something out of the ordinary in a sedan or hatch.