In the LC 500 Lexus has carved itself a niche – a place at which luxury, performance and price converge uniquely. The LC 500 is a gentleman’s GT.

The distinctive styling of the LC combines traditional Lexus cues, like the spindle grille, with features unique to the LC – possible, in part, because designers had the benefit of working on a completely new GA-L (Global Architecture –Luxury) platform, designed for new generations of front engine/ rear-wheel drive Lexus models.

This brought its own set of challenges in that engineers had to build a car that remained true to the concept of LF-LC’s defining low roof and hood lines, while at the same time ensuring that packaging allowed the LC to match the concept in also accommodating a sport suspension and 21” forged alloy wheels.

At the same time, all powertrain, chassis and safety components had to be housed and comfortable headroom had to be provided in the cabin.

The LC had to walk the concept’s talk, so to speak. For example the front suspension components went through six months of reworking the multi-link suspension control arm geometry until the required low hood line was achieved, without compromising suspension performance.

Other clever solutions were developed, such as the new ultra-slim LED headlight unit design, which allowed the LC to retain exceptionally short front overhangs.

The sweeping roofline tapers rearward between muscular, sloping fender tops, underscoring the car’s wide and stable stance, and the Lexus spindle shape is repeated in the rear fascia.

The underbody is almost completely smooth, and even the rear muffler, angled like a diffuser, plays a role in aerodynamic performance.

Aero ducts are featured just forward of the rear wheel arches, serving a highly practical function as well as contributing to the dynamic power of the LC’s styling. These feed air into the wheel arch, which then exits smoothly across the sidewall of the tyre.

This contributes to the car’s high-speed straight-line stability and steering responsiveness and generates improved grip feel from the rear tyres, for example when changing lanes. Although there is a hybrid derivative available in some overseas markets, SA is getting only the naturally aspirated V8.

The fact that these are probably a dying breed make this configuration LC 500 even more desireable. 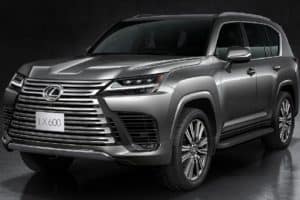 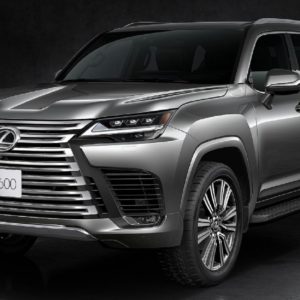