Toyota rules out V8 for next generation Land Cruiser 300

Set to be introduced in 2021, a fresh report from Australia has alleged that the next generation Toyota Land Cruiser will do without a V8 engine for the first time since the 100 series premiered 11 years ago. 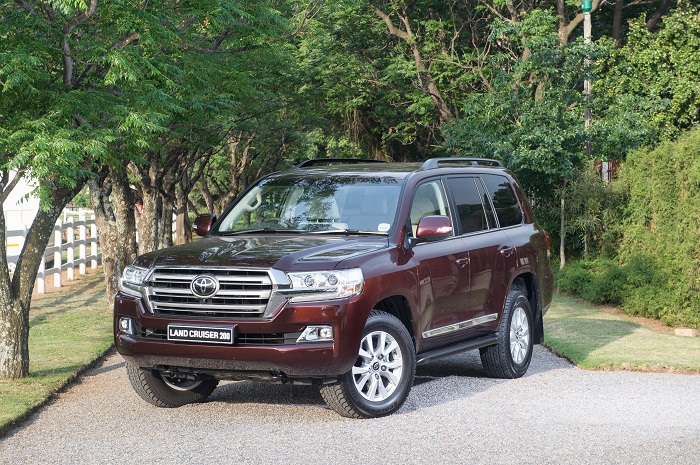 According to a weekend report by caradvice.com.au citing ‘well placed sources’, the all-new Land Cruiser, which will carry the 300 moniker and replace the current 200 that debuted in 2007, will be offered only with a selection of V6 turbocharged petrol and diesel engines with a hybrid V6 joining at a later stage.

Although the online platform alleges that a small window of opportunity exists for the continuing of the present-day 4.5-litre V8 oil-burner due to a break in the country’s emissions regulations compared to the more stringent requirements imposed in Europe, the automaker’s Head of Product Planning and Development Down Under, Bernard Nadal, has alluded to fact that the V8 days are numbered despite not confirming the publication’s claims outright.

“You would see most brands are shifting down from V8s whether it be petrol or diesel configurations. It’s generally in the pursuit of greater efficiencies and to reduce CO2 emissions, so that’s the global trend,” he said.

“The European [brands] have gone typically to turbocharging diesel engines. With the struggles they’re having in Europe today, we know a lot of them will move across to turbocharging petrol [engines]. A lot of them are already branching out into forms of electrification, so I think from a technology viewpoint, we’ve got a lot options moving forward”.

Nadal however stated that the 300 will retain its prowess off-road and towing ability, adding that a hybrid would only debut sometime in 2025 in response to Toyota offering such a powertrain in all of its models by said year.

“I think that will well suit us for customer needs. The current hybrid take-up [of Toyotas] is amazing. It’s going very, very well for us, not just in Australia but also in key European markets and in America. That’s a fair sign of where we’re going,” Nadal said.

What remains unknown though is whether the Land Cruiser’s electric motor would be teamed to a petrol or diesel engine, the latter a first for Toyota and an option it’s Manager of Public Affairs for Australia, Brodie Bott, has not ruled out.

“While we have nothing to confirm in terms of a diesel hybrid in commercial vehicles, it’s not something we would definitively rule out at this stage. We are always assessing our model line-up and reviewing what is right for our customers and the market,” Bott said.

The implementing of the V6 could therefore mean that the Land Cruiser 300 will make use of the 3.5-litre badged 3.4-litre twin-turbo V6 that powers the Lexus LS500, which in that application produces 310kW/600Nm, while in hybrid guise, the same engine is teamed to an electric motor for a total system output of 294kW/650Nm, the latter’s torque figure on par with that of the aforementioned turbodiesel V8.