Hyundai has reportedly stated that its long awaited entrant into the lucrative North American pick-up segment will create “a whole new class of buyers” when it debuts sometime next year. 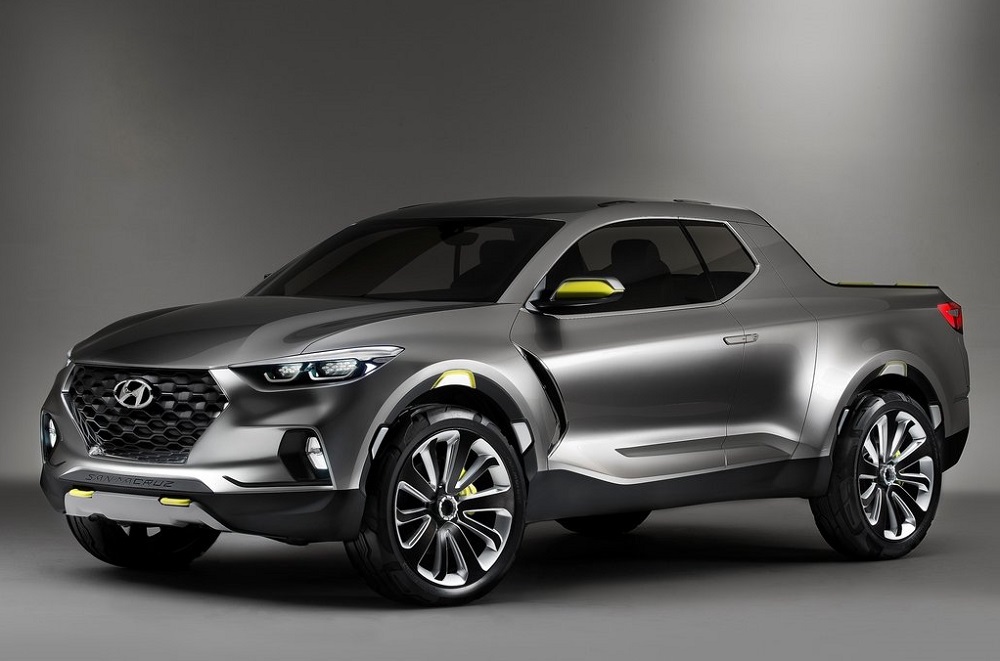 Previewed as the Santa Cruz concept (pictured) at the North American International Auto Show in Detroit nearly five years ago, the production model has faced numerous challenges in that it had to be sent back to the drawing board as early as December last year due to its styling not being in-line with Hyundai’s current direction, and after the automaker fired its North American CEO and main project backer, Dave Zuchowsk, two years before for allegedly “failing to meet internal sales objectives”.

In an interview with Bloomberg, Hyundai US Vice President of Product, Corporate and Digital Planning, Michael O’Brien, said the Santa Cruz, which will reportedly ride on a unibody platform like the Honda Ridgeline and not a traditional body-on frame, will be “a very versatile vehicle” that could be made in the US so as to avoid the 25% tax tariff imposed on imported pick-ups.

In spite on-going demand from other markets such as Australia, where Hyundai Product Planning Manager, Andrew Tuitahi, last year told caradvice.com.au that, “We couldn’t push any harder, and yeah it will work outside of Australia, a dual cab pickup. Huge market in south-east Asia, reasonable market in Middle East and South Africa. So, it’s a tough one”, the Santa Cruz will, at present, be destined for the United States only.