In an interview with Autocar, recently elected BMW M boss, Markus Flasch, let slip that the S58 motor that powers the X3 and X4 M, in addition to the forthcoming M3 and M4, although not presented to Toyota, would make for an interesting addition to the Supra range. “We’ve certainly made no offer to supply the engine to Toyota – and no request has been made, as far as I know. But it’s an interesting idea, if unlikely for now. It would be a lot for us to give away, you might say. But I’d never say never,” Flasch said. “As a rule, we don’t offer BMW M engines to third parties because we consider them such a strength of our cars,” Flasch added. “I think it would be a hard decision for a lot of the team to accept – particularly with the S58 being so new”.

Pumping out 353kW/600Nm in the standard X3 and X4 M with the Competition versions delivering the same torque figure but with an output of 375 kW, the S58 could, according to the publication, potentially lead to an even more powerful Supra that will sit above the current 3.0-litre B58 powered model that outputs the same 250kW/500Nm as the model it was co-developed with, the BMW Z4. 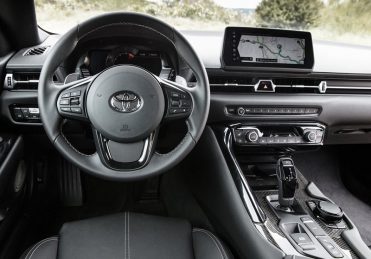 Although it is expected that the B58 will form part of the South African Supra line-up, it remains to be seen if Toyota will add the BMW developed 2.0-litre turbocharged engine to the range as is the case in Japan, where it comes in two states of tune; 145kW/320Nm and 190kW/400Nm.

Regardless of engine, only the eight-speed automatic gearbox will be offered, despite autoguide.com reporting earlier this year that Supra Project Chief Engineer, Tetsuya Tada, had not ruled out the possibility of there being a manual gearbox after all.