GT-R50 boasts a unique body and subtle interior touches, as well as a reworked suspension and upgraded Brembo brakes. Shown as a concept at the Goodwood Festival of Speed two years ago to celebrate fifth years of the GT-R nomenclature, Nissan has now officially put the Italdesign styled GT-R50 into production.

Limited to just 50 units with delivers set to commence later this year and into 2021, the GT-R50 boasts a unique body and subtle interior touches, as well as a reworked suspension, upgraded Brembo brakes and adjustable dampers. 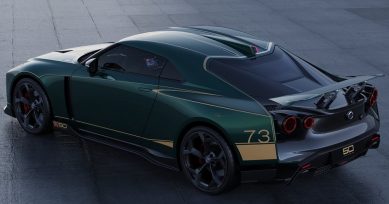 In setting theirs apart from other examples, each of the 50 GT-R50 buyers can have their cars finished in a livery derived from past models, with Italdesign also confirming that a limited number of models are still available.

Based on the GT-R Nismo, the GT-R50 utilises the same upgraded 3.8-litre twin-turbo V6 that punches out 530kW/780Nm. No performance figures were revealed, but likely to have been kept is the six-speed dual-clutch gearbox and four-wheel-drive system. 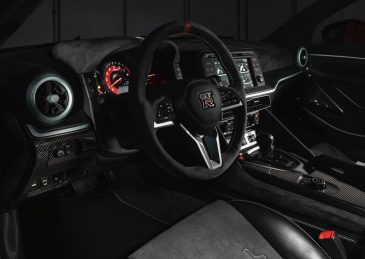 According to reports, the GT-R50 comes with a price tag of €990 000 (R19.5-million), which makes it roughly five times pricier than the regular GT-R Nismo sold in Europe.