Renault factories and Alpine brand staring down the barrel

Biggest casualty however could be the Dieppe Plant where production of the Alpine A110 has been taking place since 2017. With the axe hanging over three of its least popular models in Europe, a series of reports from the Old Continent has alleged that Renault’s cost-cutting measures could include not only the closure of a number of factories, but also the Alpine brand for good.

As indicated last week, Boulogne-Billancourt’s drive to save a reported €2.8-billion (R55.1-billion) could lead to the end of the Espace and Scenic MPVs, as well as the Talisman sedan with the future of the Megane also being weighed-up. In the latest claim however, Autocar, citing French newspaper Le Canard Enchaîné, reports that four factories are currently being studied for possible closure or production cuts; the Choisy-le-Roi parts plant outside Paris, the Fonderie de Bretagne engine and gearbox facility and the Flins plant near the capital that will scale back production of the slow-selling Nissan Micra.

The biggest casualty however, if plans are approved, could be the Dieppe Plant where production of the Alpine A110 has been taking place since 2017 following a €36-million (R708-million) investment into overhauling the plant for the revived sports car. Previously the home of the Clio RS, the rumoured closure comes in the wake of dwindling sales of the A110, which could lead to a job loss of 150 if matters continue. Along with the A110, the future of the South Korean-built Koleos is also under revision, but more than likely only in Europe as sales and production are likely to continue elsewhere.

Although nothing has yet been mentioned, the supposed end of the Megane could also threaten the Palencia factory in Spain which doubles-up as the production site of the Kadjar, as well as the Valladolid plant where the Captur and all-electric  Twizy are made. 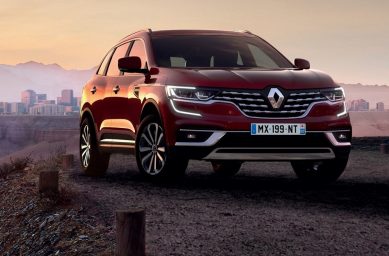 This comes after Reuters alleged that the two SUVs could be assembled at alliance partner Nissan’s Sunderland Plant in the United Kingdom based on reports that the Japanese automaker, itself embarking on an existence cost-cutting drive, is plotting a consolidation of its European operations by focusing solely SUVs and eyeing key markets such as China, Japan and North America, while also ending the Datsun brand for good.