Here it is: Facelift Toyota Hilux officially out

Underneath its skin lays several changes, the most prominent being a revised rear suspension. 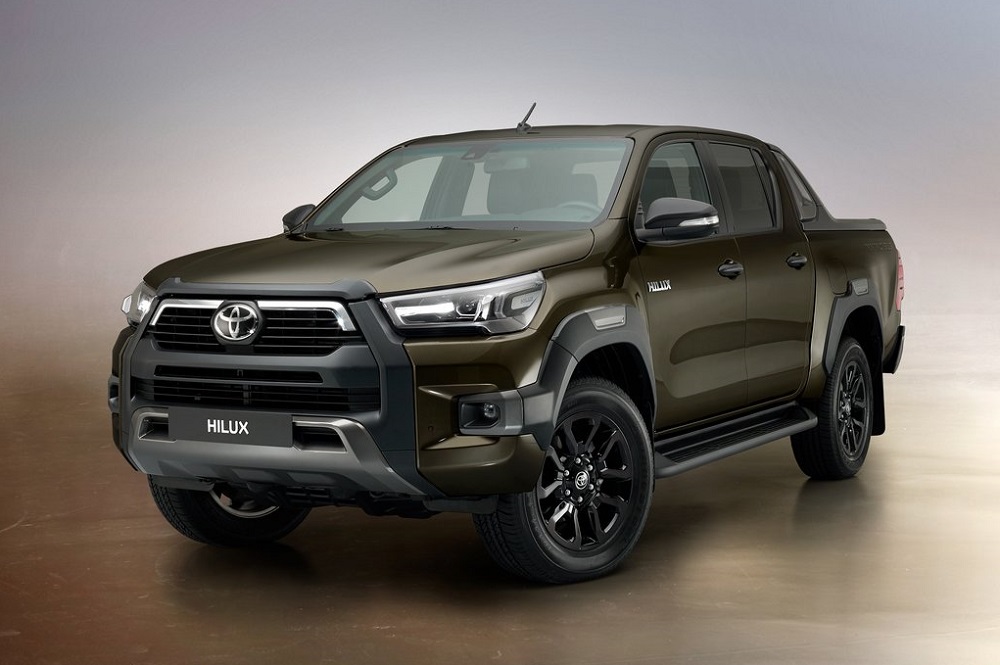 After numerous spy images, speculative details, reports and leaks, Toyota officially unveiled the facelift Hilux in Thailand in the early hours of this morning (4 June). 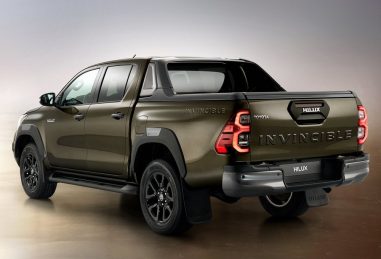 Set to go on sale in certain markets from next month, the external updates confirms the mentioned leaks and shows the Hilux adopting a face similar to its Stateside cousin, the Tacoma, namely a more aggressive hexagonal grille, restyled bi-LED headlights with integrated daytime running LEDs, a redesigned front bumper with vertical faux inlets housing the fog lights, new alloy wheels and three new colours; Oxide Bronze Metallic, Dark Blue and Emotional Red II. At the rear, the changes are minimal and limited to new light clusters and an optional automatic loadbay cover. 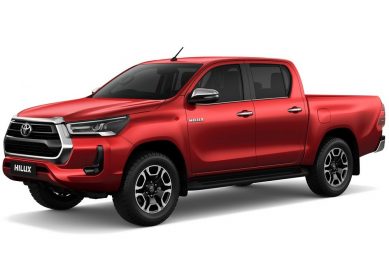 Depending on the market, the flagship Invincible returns with unique exterior enhancements such as a model specific grille and bumper, an optional one-piece sports bar that extends onto the top of the fenders similar to the Ford Ranger Wildtrak, a satin silver front skidplate, black wheel arch cladding and side steps, a chunkier rear bumper, black door handles, prominent Invincible badging on the tailgate and rear fenders, plus black alloy wheels and mirrors, as well as a black plastic finish around the tailgate handle. 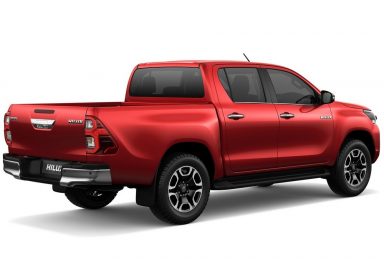 As indicated on a number of occasions previously, the updates inside are minor but includes a new eight-inch touchscreen infotainment system with Apple CarPlay, Android Auto and voice recognition, a 4.2-inch TFT instrument cluster display and in some markets, a nine-speaker JBL sound system. Reserved for the Invincible are black chrome and metallic inserts, dual-tone perforated leather seats and ‘clear blue’ illuminated front and rear door sills. 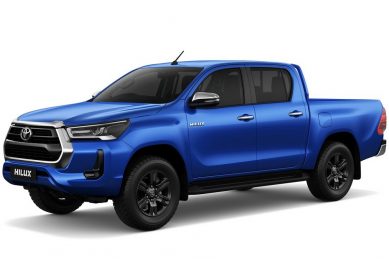 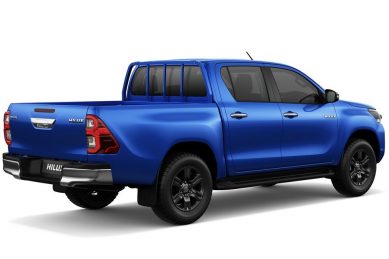 Underneath its skin lays several changes, the most prominent being a revised rear suspension that consists of new leaf springs and bushings plus revised shock absorbers which Toyota claims has improved comfort but does not sacrifice load hauling or off-road ability. Also tweaked is the electric power steering with a further new addition being an electronic replicating mechanical limited slip differential function on all two-wheel drive models. 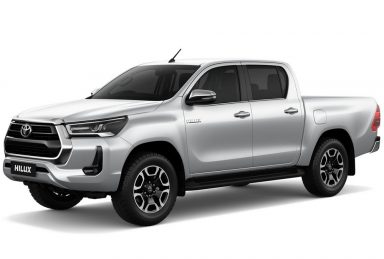 For the first time, all four-wheel-drive automatic models come with an improved tow rating of 3.5-tonnes for a braked trailer, the same rating as the manual but 300 kg up on the pre-facelift self-shifter. On two-wheel-drive derivatives equipped with the auto ‘box, the mentioned rating stands at 2.8-tonnes. 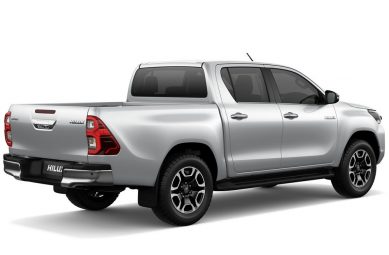 The biggest talking point however is underneath the bonnet and while the existing 2.7-litre normally aspirated petrol and 2.4 GD-6 engines remain unchanged, the top-spec 2.8 GD-6 now produces 150 kW instead of 130 kW, with torque rising to the same 500 Nm as the Ranger’s 2.0-litre bi-turbodiesel. Unsurprisingly, the latter only applies to models fitted with the six-speed automatic gearbox as those equipped with the six-speed manual continue with 420 Nm on tap.

Along with the engine, which Toyota claims will see the Hilux get from 0-100 km/h in ten seconds, the idle speed has been lowered from 850 rpm to 650 rpm and the throttle response sharpened-up. No mentioning was however made of the rumoured GR Hilux or the supposed 200 kW six-cylinder turbodiesel engine. 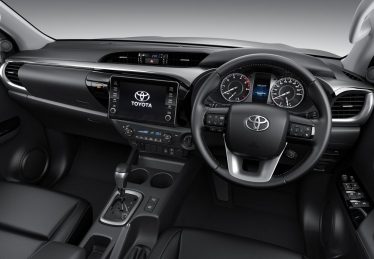 Aside from Thailand where sales, as mentioned, start next month, the Hilux, known in that market as the Revo, will then touch down in Australia from August with exact details regarding South Africa, where production takes place outside Prospecton in Durban, still to be confirmed. Expect a significant price bump however with cab styles set to once again include single, extended and of course double cab.