Arteon R, in spite of rumours hinting at a twin-turbocharged 3.0 VR6 engine, will be a four-cylinder. 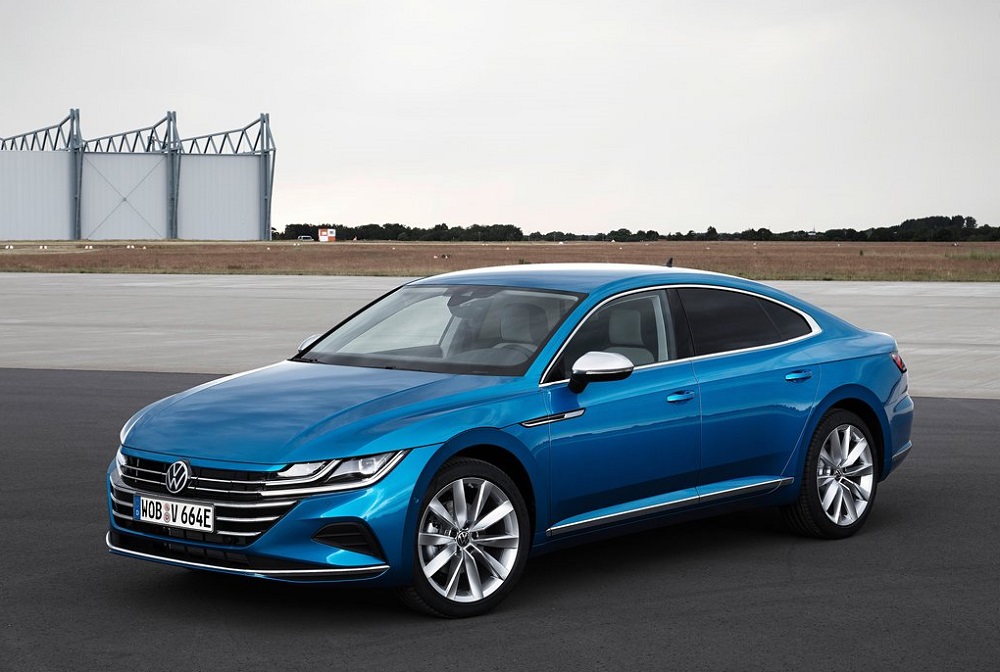 Despite showing itself in Chinese CC guise last week, Volkswagen has revealed the facelift Arteon in European spec, with the biggest highlight being the new Shooting Brake plus the long rumoured, performance R. 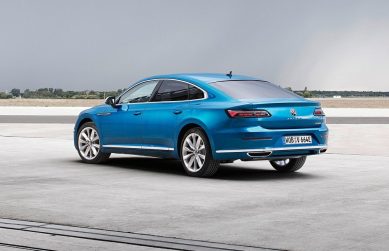 As seen in the teaser sketch earlier this month, the Arteon’s exterior changes are comparatively minor in the shape of a new grille, redesigned front bumper, tweaked LED headlight, new alloy wheel designs and restyled LED taillights. The sporty R-Line builds on the mentioned revisions by including the model bespoke bodykit, quad exhaust outlets, unique alloy wheels and a faux diffuser. 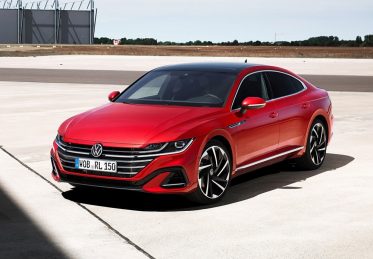 Known as the CC Travel Edition in China, the estate styled Shooting Brake headlines the ‘regular’ line-up by slotting-in above the Passat as Wolfsburg’s new flagship station wagon. With a claimed rear legroom of 1 016 mm, the Shooting Brake’s boot measures 565-litres with the rear seats up, compared to the sedan’s 563-litres, but with the rears dropped, expands to 1 632-litres versus 1 557-litres. 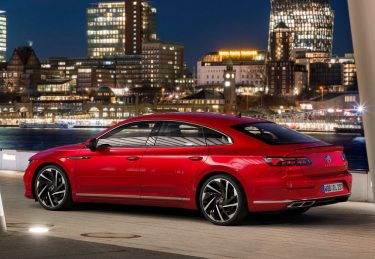 Like its exterior, the Arteon’s interior has been lightly breathed upon in the shape of a new climate control panel, wireless Apple CarPlay and Android Auto, a new multi-function steering wheel, up to 30 colours for the ambient lighting, an optional (new) 12-speaker, 700-watt Harman Kardon sound system plus the new MIB3 software for the infotainment system. 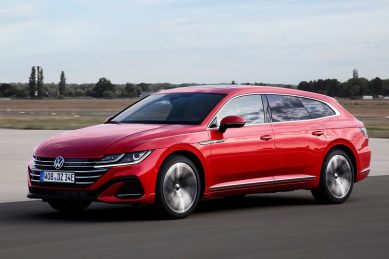 Upgraded materials and a slightly altered centre console rounds the cabin off, while on the safety side, the Travel Assist system, which allows for semi-autonomous driving at up to 210 km/h, comes as an option together with a new rear-view camera whose display has been widened from 90 degrees to 170 degrees. 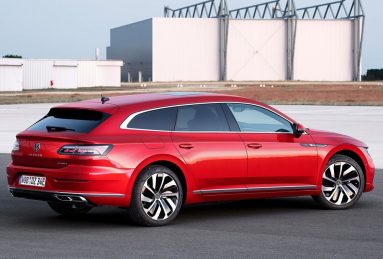 Somewhat surprisingly, no technical details were revealed, apart from a new plug-in hybrid model which will be known as the eHybrid. According to reports however, it will be the same 1.4 TSI unit used in the Golf GTE and Passat GTE, meaning the inclusion of an 85 kW electric motor, and a combined output of 160kW/400Nm with an all-electric range of 56 km. Complete details will be announced at a later stage. 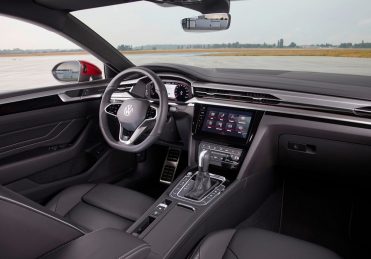 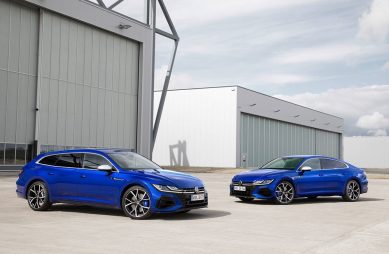 The derivative responsible for the biggest hype in recent months, the R sports an even more distinctive bodykit, as well as 20-inch alloy wheels, blue brake calipers and underneath its skin, a new torque vectoring system dubbed R-Performance Torque Vectoring. No further details regarding the interior or chassis were made. 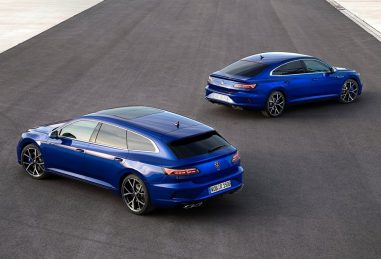 More than likely a preview of what to expect from the forthcoming Golf R, the Arteon R, in spite of rumours hinting at a twin-turbocharged 3.0 VR6 engine, will be a four-cylinder as the stalwart 2.0 TSI underneath bonnet punches out 235kW/420Nm. Like the Golf R, drive is routed to all four wheels. No performance figures were revealed, but expect a limited top speed of 250 km/h and 0-100 km/h in around five seconds. 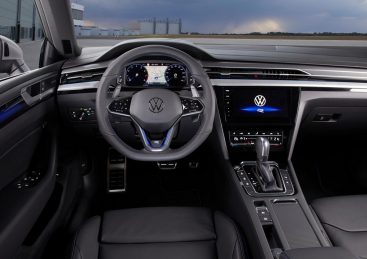 In Europe, the R will be offered on both the sedan and Shooting Brake with sales set to commence later this year. As is however known by now, the facelift Arteon won’t be touching down on local shores after sales were halted due to poor figures.