Next Ford Ranger Raptor will have V6 petrol and diesel grunt

Four-wheel-drive system will be dropped in favour of an all-wheel-drive configuration similar to its soon-to-be-sibling, the Volkswagen Amarok. 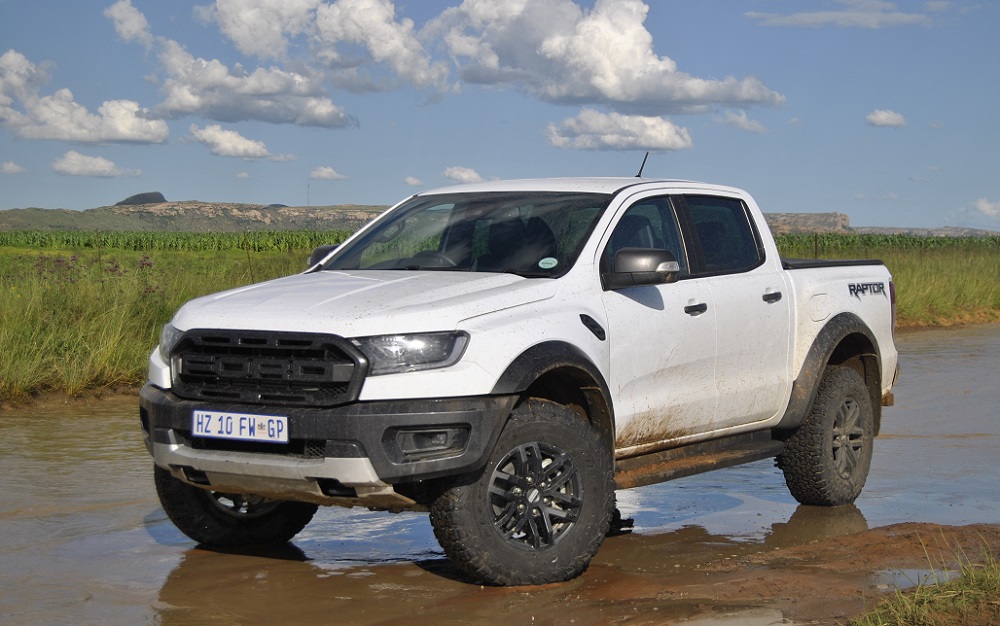 On the cards for a reported two engine line-up, a weekend report from Australia has allegedly confirmed that the next generation Ford Ranger Raptor will indeed come with the option of a turbocharged V6 petrol engine or a six-cylinder turbodiesel.

Although it was reported two months ago that the latter will replace the current 2.0-litre bi-turbodiesel, which in turn would take over from the 2.2 and 3.2-litre Duratorq engines as range’s volume selling option, carexpert.com.au has shed more light on the petrol unit that will see the Raptor finally going on sale in its home market.

Despite it being claimed last month that the engine in question would be the 298kW/563Nm twin-turbo 3.0 EcoBoost V6 from the Explorer ST, the online publication, based on a leaked screengrab perpetually showing powertrain specifications, states that the unit will in fact be the smaller 2.7 EcoBoost V6 also set to power the revived Bronco.

An engine already used in the F-150 and in several other Ford and Lincoln model, the single blown EcoBoost will produce the same 242kW/542Nm as in the Blue Oval’s iconic pick-up, and come as standard with the now familiar General Motors co-developed ten-speed automatic gearbox. Surprisingly though, the current four-wheel-drive system will be dropped in favour of an all-wheel-drive configuration similar to its soon-to-be-sibling, the Volkswagen Amarok, however, it will continue to have a low range transfer case.

On the other side of the spectrum, the diesel, which will be offered outside of North America, will have the 3.0 Powerstroke unit from the F-150 rated at 186kW/597Nm. It too will feature the mentioned ten-speed ‘box, but will be fitted to the ‘standard’ Ranger as well, whereas the EcoBoost will be exclusive to the Raptor in supplementing the 200kW/420Nm 2.3 EcoBoost that does duty across all trim grades in North America.

As mentioned though, the EcoBoost is not anticipated to be used elsewhere but in the States where prototypes of the current Raptor have been spotted testing as far back as 2018. Despite Ford not elaborating much on the prototypes, or indeed the engine, which even at the time was rumoured to be the mentioned 2.7-litre mill or a detuned 3.5 EcoBoost from the F-150 Raptor, the leaking of patent documents by the Ranger5G online forum months later all but confirmed that a more powerful Raptor would be happening in response to not only criticism lobbed at the 157kW/500Nm four-cylinder oil-burner, but also America’s preference for petrol engines as opposed to diesel.

The now confirmation of a powerful Raptor, plus a petrol engine reported to be the main reason for its absence in North America, comes two years after  Ford Vice President of Product Development for the Asia-Pacific region, Trevor Worthington, famously hit out at the 2.0-litre engine’s disapproval in an interview with caradvice.com.au.

“Well, we haven’t looked at that one [referring to a petrol or diesel V6] because as I’ve said this morning, the vast majority of the 200 markets that we sell Ranger and when I say a vast majority I mean 99 per cent are all diesel markets. It’d be like turning up with something that people wouldn’t even consider buying,” Worthington said.

With styling set to be influenced by the recently facelifted F-150, and with the Raptor poised to benefit from the latest generation Fox Racing suspension, it would be interesting to see if the ‘standard’ Ranger would feature the new seven-speed manual ‘box from the Bronco, which sees the six ratios being supplemented by a crawler gear when going off-road. As is well-known, the Bronco will ride on the same T6 platform as the Ranger and Everest, but won’t be offered with right-hand-drive.