Spring's safety systems improves on those of the Kwid but actual structural changes are unknown. 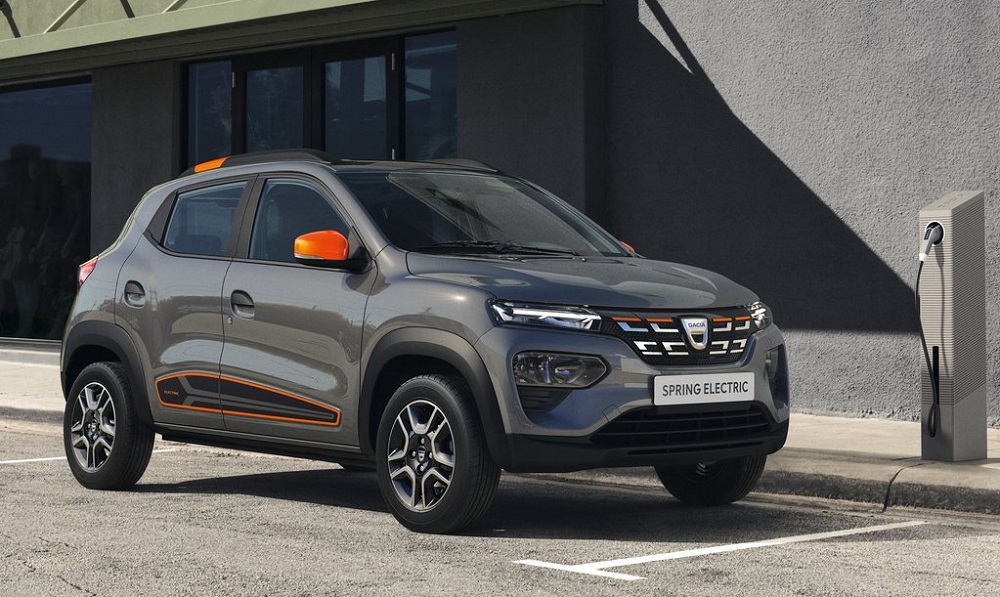 Shown last year wearing the City K-ZE moniker in China, the Renault Kwid has touched down in Europe under the Dacia brand as the all-electric Spring.

Based on the facelifted Kwid launched locally last year, the Spring, which is reportedly set to become the Old Continent’s cheapest new electric vehicle, mainly swaps the Renault diamond badges for Dacia ones with the rest of the design being unchanged. 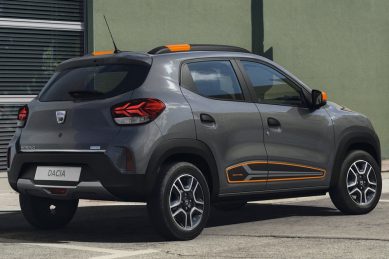 Unveiled at the beginning of this year in India where it adds the Kwid prefix to the City K-ZE designation, Renault has not detailed whether any structural changes have been implemented in order for the Spring to comply with the stricter European safety requirements. It does however get six airbags as standard as opposed to the two offered in South Africa, Automatic Emergency Braking, ABS, EBD and stability control. 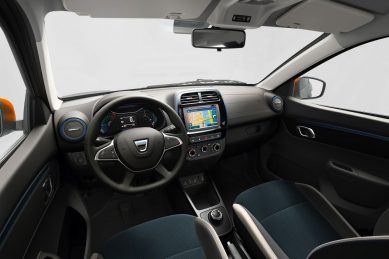 Unlike the Kwid though, the Spring’s rated boot capacity of 300-litres or 600-litres with the rear seats down and without the mentioned spare suggests it makes do without the new rear axle South African model have, which has resulted in overall capacity dropping to 279-litres. Ground clearance has also been dropped by 30 mm to 150 mm with Europe also set to get a commercial version with a rated payload of 325-litres, an overall loading bay capacity of 800-litres and loading length of 1 033 mm.

Underneath its stubby bonnet, the Spring derives motivation from the same 26.8 kWh lithium-ion battery pack as the City K-ZE, which translates into an output of 33 kW and a single charge range of 225 km. Top speed is limited to 125 km/h but with Eco mode selected, output falls to 23 kW and the top speed to 100 km/h. 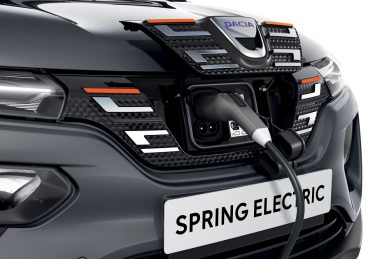 On the battery front, the Spring takes 14 hours to be charged from 0-100% when using a conventional 2.3 kW household socket, with the waiting time dropping to eight hours 30 minutes when using a 3.7 kW wallbox. Plugged-in to a 7.4 kW wallbox reduces the wait to five hours, but when connected to a 30 kW charging station, 60 minutes is need to charge the battery from 0-80%.

Part of Renault’s ZITY car sharing scheme in Europe, the Spring will only go on sale next year with pricing still to be confirmed. Unlike in India though, the Kwid version won’t be offered in South Africa.

Revealed: South Africa’s top 10 most popular cars for under R50k
2 days ago
2 days ago

So soon? Refreshed Hyundai Creta teased
3 days ago
3 days ago

Revealed: South Africa’s top 10 most popular cars for under R50k
2 days ago
2 days ago

So soon? Refreshed Hyundai Creta teased
3 days ago
3 days ago