For now, it seems there are no plans afloat to bring the Safari to South Africa. Shown just under a year ago at the Delhi Auto Expo in India, Tata has finally unveiled the production version of the three-row Gravitas SUV, now known as the Safari.

A moniker revered in India on a boxy SUV dating back to 1998, which silently debuted and exited South Africa years ago, the Safari essentially rates as a long wheelbase, lightly restyled version of the Harrier that debuted three years ago, but with a 63 mm gain in length for a total of 4 661 mm and a 80 mm rise in height to 1 786 mm. The wheelbase is unchanged at 2 741 mm with the same applying to the 1 894 mm width. 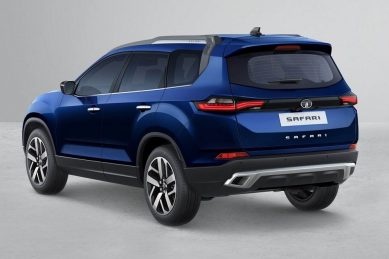 Riding on Tata’s Omega Arc platform, a development of the Ford D8 used by the Land Rover Discovery, the Safari features Tata’s IMPACT styling language with more than a few Discovery Sport styling traits, a ground clearance of 205 mm, but no range low range transmission like the original as it will be offered solely, for now, with front-wheel-drive. Although no images of the interior were revealed, a choice of six or seven seats will be provided, along with ash wood inserts plus a new hue called Oyster White.

Up front, the Safari is motivated by the same 2.0-litre Kryotec turbodiesel engine as the Harrier, derived from Fiat’s Multijet unit used in a variety of FCA and PSA models in Europe. In the Safari, the engine produces 125 kW as opposed to the 103 kW in the Harrier, but torque is rated at the same 350 Nm. Transmissions consist of a six-speed manual or an optional six-speed automatic with three driving modes being offered; Normal, Rough and Wet. 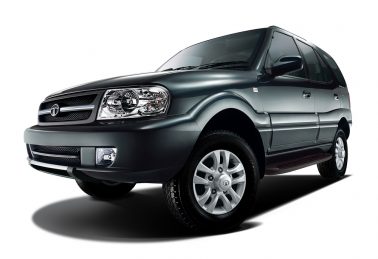 The original Tata Safari launched and withdrawn from South Africa with little fanfare over a decade ago.

With bookings already open, the Safari is set to go on sale in India from next month with final pricing and spec still to be confirmed. Like the Harrier though, it appears unlikely to touchdown in South Africa anytime soon.