Motivation is set to come from the 2.7 EcoBoost V6 used in the range-topping Bronco. 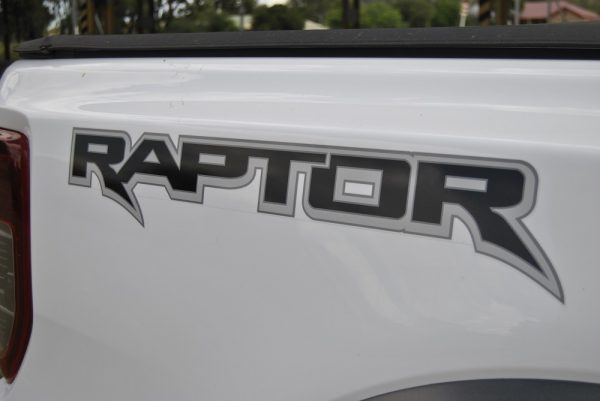 With spy photographers having already captured the standard, next generation Ford Ranger testing ahead of its reported reveal later this year, the second generation Raptor has now turned up on various online platforms with a fresh rumour about the petrol engine that will join the turbodiesel for the first time.

As indicated by the images posted by motor1.com, the heavily camouflaged prototype, which will allegedly become a reality in 2022, betrays its identity by boasting a higher ground clearance, chunkier off-road tyres, a just visible skidplate at the base of the front bumper, side steps and what appears to be pre-production dual exhaust outlets.

On course to ditch the current 2.0-litre bi-turbodiesel Panther engine for the 3.0-litre Powerstroke turbodiesel V6 offered in the US-spec F-150, which will result in power increasing from 157kW/500Nm to 186kW/597Nm, Australia’s carexpert.com.au has however alleged that the petrol fuelled Raptor will not be exclusive to North America.

Instead, it will be offered in right-hand-drive and allegedly derive motivation not from the twin-turbocharged 3.0 EcoBoost V6 used in the Explorer ST, but rather the previously rumoured 2.7 EcoBoost from the Bronco, a move that will come as no surprise as the latter uses the same T6 platform that also underpins the Everest. It is expected to produce the same 230kW/542Nm delivered to the rear or all four wheels via the General Motors co-developed ten-speed automatic gearbox, rumoured to be the sole offering across the Ranger line-up. Outside the States, Ford is expected to retain the Panther engine in single and bi-turbo forms for the standard Ranger, but not the 2.2 or 3.2-litre Puma units. Not happening at all is the cancelled V8 Raptor that never received the approval.

The inclusion of a petrol Raptor will supplement the 2.3 EcoBoost hybrid and possibly the 3.0-litre plug-in hybrid V6 units the North American-spec Ranger will get, and silence critics of the use of diesel power that has accompanied the Raptor since its debut three years ago.

“Well, we haven’t looked at that one [referring to a petrol or diesel V6] because as I’ve said this morning, the vast majority of the 200 markets that we sell Ranger and when I say a vast majority I mean 99 per cent are all diesel markets. It’d be like turning up with something that people wouldn’t even consider buying,” the Blue Oval’s Vice-President of Product Development for the Asia-Pacific region, Trevor Worthington, told caradvice.com.au back in 2018 following wide scale panning of the twin-blown diesel.

Set to provide the base for the next generation Volkswagen Amarok, which will allegedly spawn a Raptor-esque R model, the Raptor, as well as the standard Ranger, will join its sibling in being made at the Silverton Plant outside Pretoria from next year, which received a further boost this past Tuesday (2 February) in the form of a R15.8-billion investment into production and export of both models.