The Urban Cruiser arrives with a slightly higher price tag than its Vitara Brezza twin. 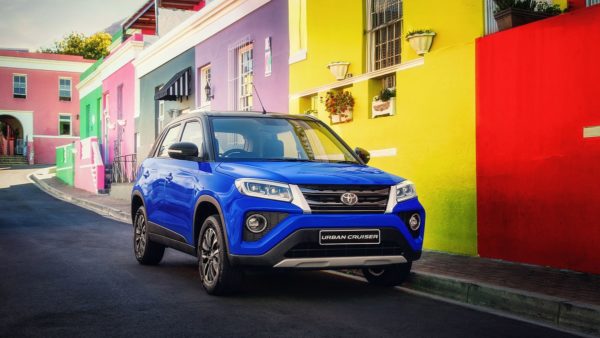 Despite only launching officially next week, Toyota has revealed the pricing and spec of the highly awaited Urban Cruiser on its website.

The Urban Cruiser revives a name last used seven years ago on a Europeanised version of the Japanese market ist, with a total of five models comprising the local line-up. It is the restyled twin of the recently launched Suzuki Vitara Brezza and the second model to arrive on local shores as part of Toyota’s partnership with Suzuki, the first being the Starlet based on the Baleno.

At the bottom end is the Xi which boasts:

Upping the ante, the Xs swaps the 16-inch steel wheels for the same size alloys while also receiving:

At the top-end of the line is the Xr which comes with:

Up front, and like the Vitara Brezza, the Urban Cruiser is motivated by Suzuki’s 1.5 K15B petrol engine which produces 77kW/138Nm. Drive is routed to the front wheels only via a five-speed manual or four-speed automatic gearbox with Toyota claiming a combined fuel consumption of 6.2 l/100 km regardless of the transmission. 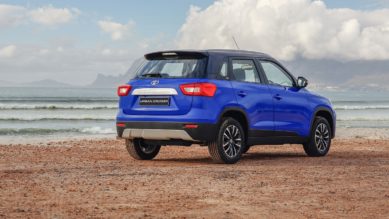 Conforming to the same sub-four metre regulations as the Vitara Brezza, the Urban Cruiser measures 3 995 mm in overall length with a wheelbase of 2 500 mm, height of 1 640 mm and width of 1 790 mm. Ground clearance is rated at 198 mm and boot capacity at 328-litres with the rear seats up. 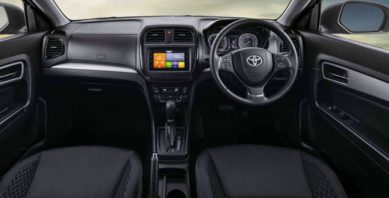 Included on all models is a three year/100 000 km warranty as well as a three service/45 000 km service plan with buyers having the choice of six colours:

Reserved for the Xr is an optional dual-tone finish with three hues contrasted by a black roof: