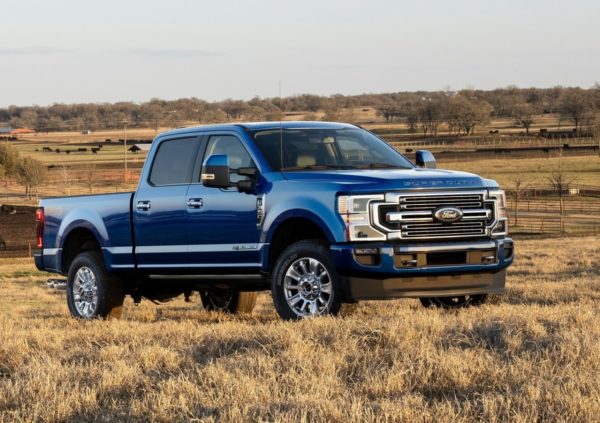 Having sharpened the F-150 up last year and unveiled the tweaked F-150 Raptor last month, Ford has taken the scalpels to the F-series Super Duty line-up consisting of the F-250 and F-350.

Essentially the second mid-life update following the inclusion of the Tremor package two years ago, the latest exterior enhancements involves the return of the Black Appearance Package on the XLT and a Sport Appearance Pack for the Lariat.

As its name suggests, the former consists of Ebony Black 20-inch alloy wheels and a Ebony Black finish on the grille, bumpers, side steps and even the Ford badges, while the latter sports body-coloured bumpers and mirror caps, black side steps, chrome exhaust outlets and body coloured mirrors. A new colour, Atlas Blue, rounds the exterior off. 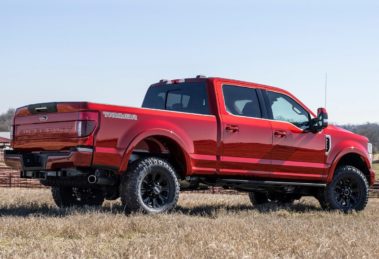 Inside, the entry-level XL continues to feature the SYNC 3 4.2-inch display, while the XLT boasts an eight-inch touchscreen display. Standard on Lariat and above models though is the new twelve-inch SYNC 4 system with amongst others, wireless Apple CarPlay and Android Auto.

Rounding off the interior are two new colours; Baja reserved for the Lariat and Navy Pier as well as Light Slate for the Limited.

Underneath the bonnet, Ford has seemingly done away with the entry-level 6.2-litre V8 and six-speed automatic gearbox combination, leaving two units, both paired to the familiar General Motors co-developed ten-speed automatic. 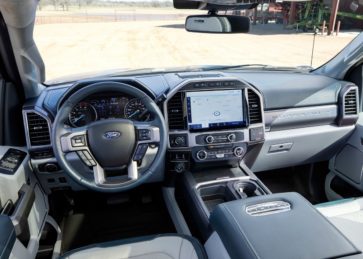 Going on sale in the North American summer, the Super Duty continues to be built at Ford’s Louisville Plant in Kentucky, but unlike the previous Brazilian-sourced F-250 offered locally more than a decade ago, availability for South Africa, like the F-150, is a certain no-no.