Both units will displace 1.8-litres with the only transmission option being a CVT. 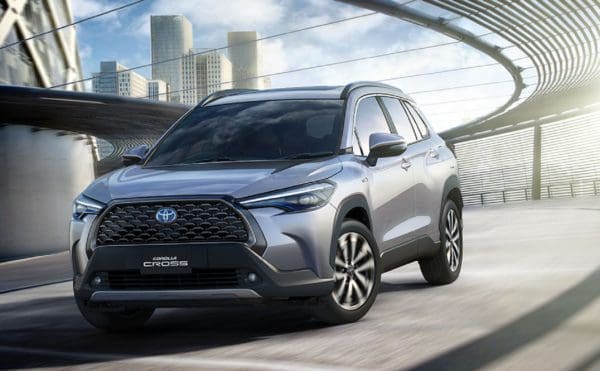 Sales of the Durban-made Corolla Cross will commence in November.

Toyota has continued with dropping details of the soon-to-be-revealed locally built Corolla Cross with the latest being the newcomer’s powertrains.

Confirmed to go on sale in November, the TNGA-C underpinned Corolla Cross, the first time the moniker has featured on a SUV/crossover in its 55 years history, will derive motivation from two 1.8-litre engines; the same conventional petrol that powers the Corolla Sedan and delivers 103kW/172Nm, and the hybrid unit from the Prius that produces a combined 90 kW.

As known by now, production will take place alongside the Fortuner, Hilux, Corolla Quest and HiAce at Toyota’s Prospecton Plant in Durban from next month.

Still to be confirmed are price and spec details with the Corolla Cross set to fill the position between the C-HR and RAV4 in Toyota’s SUV/crossover line-up.

With 77 days left until the newcomer’s official market unveiling, expect more details, possibly relating to spec and/or pricing, to be revealed within the coming weeks.