Locked in: New Renault Clio and Captur here in 2022

The Clio will arrive first, followed by the Captur, in what is expected to be an all-petrol model line-up. 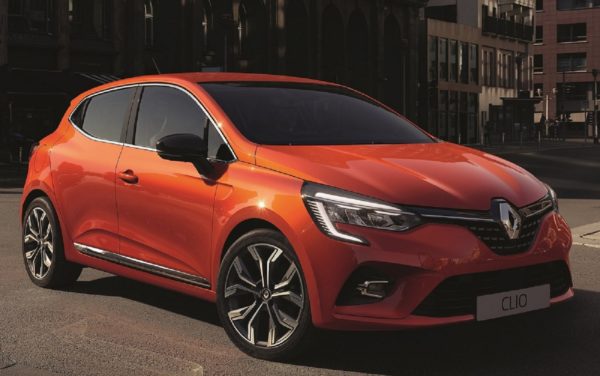 With the launch of the Kiger this week, Renault South Africa has confirmed availability from early next year of the long delayed all-new Clio and Captur.

Initially planned for market release last year, a move ultimately tarnished by the coronavirus, the automaker’s managing director for South Africa, Jaco Oosthuizen, before the unveiling the Kiger, confirmed that a decision had been taken to launch the pair in 2022 rather than in the fourth quarter of this year as alluded to in the brand’s product line-up tabled in April.

Likely as a result of the global semi-conductor crisis, the Clio, which debuted two years ago at the Geneva Motor Show, will touch down first in February with power likely to come from the 1.0-litre three-cylinder turbocharged petrol engine also used by alliance partner Nissan in the Micra.

Producing 74kW/160Nm in Europe, the three-pot could be joined by the four-cylinder 1.3-litre turbo co-developed with Daimler, which delivers 96kW/240Nm. On the transmission front, the former comes paired to a five-speed manual gearbox or a CVT, while the latter is mated as standard to a seven-speed EDC.

Unlikely to be offered are the normally aspirated 1.0-litre units rated at 48 kW and 55 kW, the 1.5 Blue dCi turbodiesel that punches out 63kW/220Nm and 85kW/260Nm, and the innovative E-Tech hybrid that combines a brand-new normally aspirated 1.6-litre petrol engine with a 1.2-kWh electric motor for a total system output of 103 kW.

Also revealed in 2019, the Captur, which rides on the same CMF-B platform as the Clio, is expected to arrive before the second quarter with a final date still to be confirmed.

Like the Clio, only petrol engines are likely to be offered, which in Europe currently consists of the mentioned 1.0-litre turbo and the 1.3 in two states of tune; 96kW/240Nm and 115kW/270Nm.

An outside option, based on its availability in the previous generation model, is the 1.5 Blue dCi that produces either 70kW/240Nm or 85kW/260Nm in Europe. The mentioned hybrid and the plug-in hybrid, which retains the 1.6-litre engine paired to a 9.8-kWh battery pack for a total output of 118 kW, are both unlikely to be offered.

Expect more details about both models to potentially be revealed before the end of the year.