Production at the Silverton Plant outside Pretoria will only commence next year once the various upgrades finish. 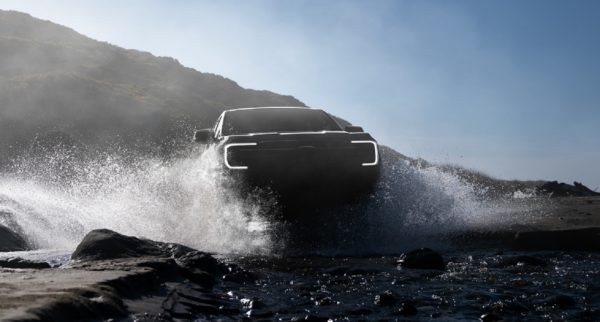 Over two years of speculative reports, pre-production sightings, spy shorts and dead-end rumours will come to an end on 24 November when Ford officially unveils the all-new Ranger.

Billed as the “most versatile and most capable Ranger yet”, the confirmation from the Blue Oval comes amidst the recent leaking of images showing the new Ranger, set to be called T6.2 internally, undergoing testing in Thailand where production takes place for markets such as Australia.

Drawing heavy styling inspiration from the Maverick and the F-150, the Ranger will only go on sale in South Africa next year with production again taking place at the Silverton Plant outside Pretoria.

Likely in the final stages of upgrades following Dearborn’s record R15.8-billion investment back in February, the facility will also produce the next generation Everest and from the end of next year, the all-new Volkswagen Amarok that make use of the same platform.

Tested over various terrains and in varying conditions for nearly two million kilometres, the Ranger, as is well known by now, will drop the current 2.2 and 3.2-litre Puma engines entirely and prevail with the single and bi-turbo 2.0-litre Panther units.

Models sold in the US will feature a plug-in hybrid version of the current 2.3 EcoBoost engine and, according to a recent report from FordAuthority, the twin-turbo 3.0 EcoBoost V6 from the Explorer ST instead of the smaller 2.7 EcoBoost used in Bronco.

On course to produce the same 298kW/563Nm as in the Explorer, the V6, poised to power the Ranger Raptor, will more than likely remain in the States despite previous reports of the Raptor offering the petrol in certain markets with right-hand-drive.

Instead, South Africa, as well as mainly diesel focused markets, will receive the 186kW/597Nm 3.0 Powerstroke V6 the Blue Oval earlier this year axed from the facelift F-150 range due to slow sales.

As with the current Ranger, the bent-six oil-burner will power not only the Raptor, but also the Wildtrak in addition to the Everest, as well as top-spec versions of the Amarok plus the rumoured Amarok R.

Though Ford didn’t release any more details with the confirmed launch date, expect a few more teasers, possibly relating to the drivetrain and the interior, to be emerge before said unveiling.

WATCH: 10 things you need to know about new Ford Ranger
6 days ago
6 days ago

WATCH: 10 things you need to know about new Ford Ranger
6 days ago
6 days ago