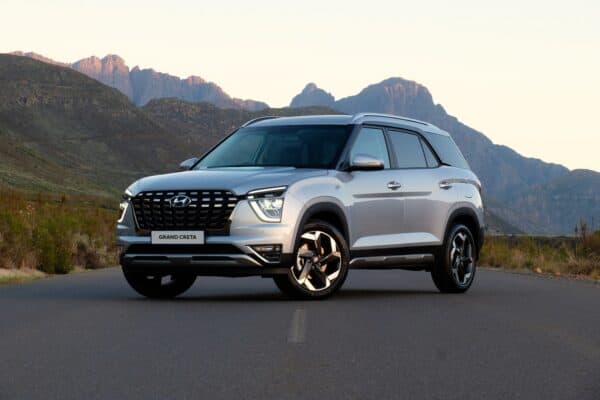 With just under a year having passed since its debut in India, Hyundai has officially announced price and specification details of the seven-seat Alcazar for South Africa, though under a different nameplate.

Based on the same platform as the Creta, the newcomer adopts the Grand Creta moniker with its arrival coming off the back of the reveal heavily updated Creta in November last year.

Compared to its five-seat sibling, the Grand Creta retains the 1 790 mm width, but features a 200 mm overall length gain for a total of 4 500 mm.

Aesthetically, the Grand Creta differs otherwise little from the Alcazar with the interior also continuing unchanged.

Access to the third row is provided by a one-touch tumbling mechanism. Claimed boot space is rated at 180-litres with all seven seats up, and 1 670-litres with the second and third rows down.

Unlike in the Creta and Alcazar, Hyundai has dropped both the normally aspirated 1.5-litre petrol and 1.4 T-GDI for the Grand Creta, thus leaving the 1.5-litre turbodiesel as the sole carryover powerunit.

Carried over from the Alcazar, the flagship petrol displaces 2.0-litres and produces 117kW/191Nm.

Hooked to either a six-speed manual or six-speed automatic ‘box, the 2.0 Grand Creta tops out at the same V-max as the diesel with the former taking 9.5 seconds to reach 100 km/h from zero versus the latter’s 10.5 seconds. Claimed fuel consumption is pegged at 8.5 L/100 km and 8.9 L/100 km respectively.

On the equipment side, the Executive is once again the entry-level model with its spec sheet consisting of:

Heading the range, the Elite swaps the 17-inch wheels for 18-inch alloys, while also gaining the bigger 10.25-inch instrument cluster and LED as opposed to halogen daytime running lights. Also included are: