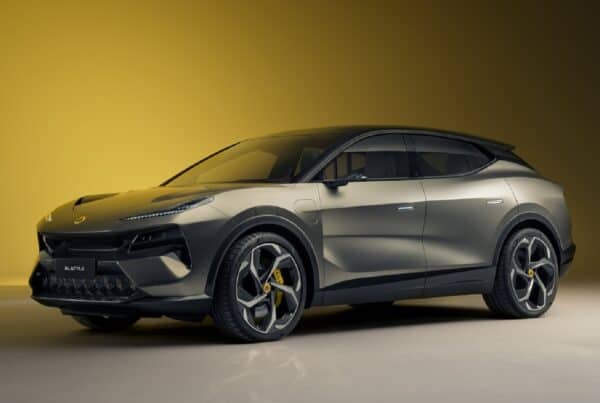 Eletre is a new design for Lotus, though it does have a passing resemblance to the Lamborghini Urus.

Sixteen years after revealing its first ever crossover/SUV, the ultimately cancelled APX at the Geneva Motor Show, Lotus officially debuted the Eletre overnight as its first brand-new, non-sports car in over 70 years.

Known until now as the Type 132, the Eletre, according to Lotus, has been designed from the off as a lifestyle SUV, though it goes on to describe the newcomer as a “hyper-SUV” with its name supposedly meaning “coming to life” in Eastern European languages.

The first model to ride on the Hethel-based firm’s brand-new Electric Premium Architecture (EPA), the Eletre measures 5 103 mm in overall length, with its wheelbase stretching 3 019 mm and width 2 231 mm.

Standing 1 630 mm tall, the platform, of which little else is known, will spearhead the brand’s electric shift as it will provide the foundation for its next generation of models in preparation going wholly electric by 2028.

Styled under the slogan, “born British, raised globally”, the Eletre takes styling inspiration from not only the Emira, but seemingly also the Lamborghini Urus when viewed from the front.

Mounted on 23-inch five-spoke split alloy wheels, the rear takes afterthe Evija in that it sports a full width LED light strip that cuts into the curves Lotus says has been designed to aid airflow from the brakes through the wheel arches.

In a first for the brand, the exterior incorporates LiDAR technology. Aside from a deployable sensor mounted on top of the roof, each side of the Eletre comes with its own sensor, which works in conjunction with the various safety systems to allow for autonomous driving.

Despite Lotus not revealing any details of the Eletre’s weight, it did confirm the use of carbon fibre in order to keep the overall mass as low as possible.

Continuing the tech-fest, the charging flap opens electrically, while the side mirrors make way for what Lotus calls Electric Reverse Mirror Display comprising three cameras including the rear-view mirror itself.

Inside, the interior represents a world away from that of previous Lotus models. Providing seating for four, the dashboard is an entirely digital affair in that it consists of a 30 mm strip that serves as replacement for the traditional instrument cluster.

This is replicated on the passenger side, though more on-line with the new 15.1-inch touchscreen infotainment system that comes with over-the-air updates and which folds away when not being used.

Projected from the exterior cameras are a pair of door-mounted screens with further innovations being an augmented reality Heads-Up Display, ability to start, open the doors and conduct other functions via a smartphone app and on the comfort side, a choice of two sound systems; the standard Premium 15-speaker, 1 380-watt audio made by specialist British firm KEF, or the optional 23-speaker 3D Reference that delivers 2 160-watts.

Packaged in a skateboard-style design, the 800-volt platform accommodates a pair of electric motors mounted on each axle Lotus claims will produce more than 441 kW.

The standard fitting of a 350 kW charger translates to a range of 400 km after just 20 minutes with the claimed overall range projected to be as much as 600 km. No performance figures were divulged, however, reports are it will get from 0-100 km/h in less than three seconds.

Set to build in China rather than the United Kingdom, the Eletre will officially enter production later this year with delivers commencing next year.

No pricing details were released, though it is almost guaranteed that it won’t be offered for sale in South Africa anytime soon.