WRC season 2021 ready for blast off

Three teams remain but with a shake-up in crews and management. 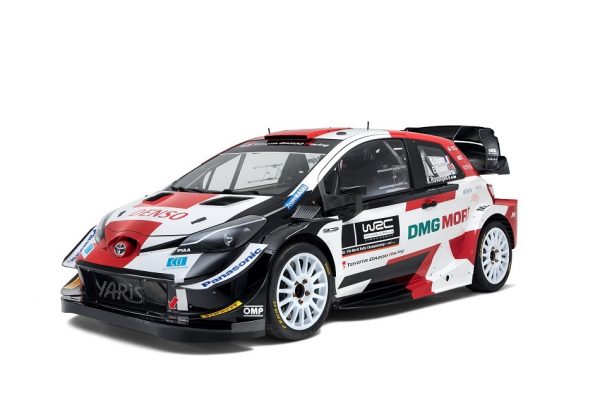 The 2021 World Rally Championship is about to get underway, with the first event in Monte Carlo this weekend. It will be the final season under current regulations and teams face an unknown element, the tyres, as Pirelli becomes the new supplier.

Three works teams are set to do battle, being Hyundai Shell Mobis WRT, Toyota Gazoo Racing WRT and M-Sport Ford WRT. Last year was a difficult season due to the effects of Covid-19, but proved to be one of the most exciting with a fight down to the final event.

Welshman Elfyn Evans lost the final round and the chance of his first WRC Drivers’ title to his Toyota Gazoo Racing team-mate, Sebastien Ogier. It was a close fight for the Manufacturers’ crown with Hyundai Shell Mobis claiming their second consecutive title by just five points from rivals Toyota.

As reigning Manufacturers’ Champion Hyundai Shell Mobis WRT will be fired up to take a third consecutive title and will field a strong team, albeit with some unexpected personnel changes. Estonians Ott Tänak and Martin Järveoja begin their second season with Hyundai Motorsport, after a strong 2020, taking five podiums. The 2019 Drivers’ Champion will chase a second title and hope for a better run on the Monte Carlo Rally this year following last season’s second stage, very fast, off road excursion.

The 2020 Monte Carlo winner, Thierry Neuville, will start his eighth season with the team, but not with co-driver Nicolas Gilsoul. Neuville surprised the rally world when he announced the parting of the ways with Gilsoul last Friday morning, stating. “We couldn’t find an agreement with Nicolas for this new season so we decided to stop or cooperation.” Neuville will be joined by 28-year old Martijn Wydaeghe, a fellow Belgian who was part of the Hyundai Motorsport Driver Development Program and has been competing since the age of 18 on the European circuit and occasional WRC events.

It is not the only change of co-driver in the Korean team as Dani Sordo and Carlos del Barrio will compete in Monte Carlo for the last time, del Barrio to be replaced by Borja Rozada as del Barrio moves to WRC3. Sordo will share the third car with Irishmen Craig Breen and his co-driver Paul Nagle on events to be announced. Breen’s second place in the 2020 Estonian Rally will hopefully be the first of many more podiums.

Toyota Gazoo Racing WRT’s formidable line-up remains as it was last year with reigning Drivers’ Champion Sebastien Ogier and Julien Ingrassia, Elfyn Evans with Scott Martin and the incredibly talented Kalle Rovanpera with Jonne Halttunen. The only change is at management level where Tommi Makinen, previously Team Principal, has moved to a new role as Motorsport Advisor to Toyota. He is succeeded by one of the most experienced drivers in WRC history, Jari-Matti Latvala, who will once again bring the driver’s perspective into view as did his predecessor.

M-Sport Ford WRT will field two WRC Ford Fiesta’s with three crews, the second car to be shared during the season. The crews for the second car will be Teemu Suninen and a as yet to be announced co-driver, who will share the car with Adrien Fourmaux and Belgian co-driver Renaud Jamoul.

Fourmaux and Jamoul will also contest a full WRC 2 season in an EcoBoost powered Ford Fiesta Rally 2 commencing in Monte Carlo. The main driver for M-Sport will be Englishman Gus Greensmith with co-driver Elliott Edmondson, they will compete in their first full season in the EcoBoost Ford Fiesta WRC.

It looks as if we are in for another great season so view the calendar to ensure you do not miss any of the events.