"Consistency and speed will be our watchwords" 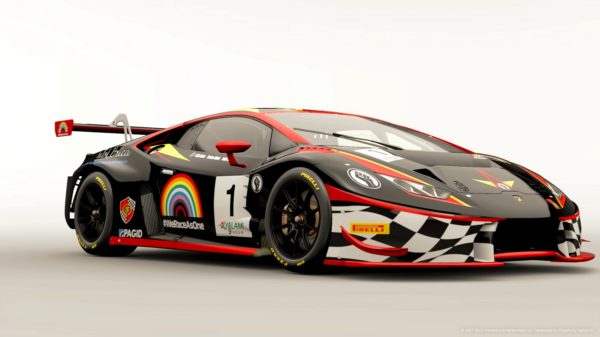 The Lamborghini Huracan GT3 Evo that Xolile Letlaka, Tschops Sipuka and Philip Kekana will drive in this year's Kyalami 9-Hour race on 4 December.

Local circuit racing history will be made at this year’s Kyalami 9-Hour race on Saturday, 4 December, with the appearance of the first all-black team tackling the famous revent.

The final round of the 2021 Intercontinental GT Championship will see Xolile Letlaka, Tschops Sipuka and Philip Kekana take on the best GT3 racers in the world behind the wheel of their Into Africa Mining Lamborghini Huracan GT3.

Letlaka and Sipuka raced the Huracan GT3 to two victories and a second place finish from four starts in the 2021 South African Endurance Series.

The 48-year-old businessman Letlaka became the first man of colour to win a round of the Endurance series last year, his first race in a GT3 car, teamed with Charl Arangies.

“It will probably be one of the proudest days of my life”, said Letlaka about how he will feel when standing on the grid with his teammates while the national anthem is played.

“Fielding a team with two drivers who grew up in rural villages in the Eastern Cape and one from Soweto speaks to my motto of “we lift as we rise.”

ALSO READ: It is happening: Kyalami 9-Hour gets the green light

Tschops Sipuka needs no introduction to local motorsport fans. He won the SA Polo Cup title in 2002 and 2003 before progressing into Production Cars in a factory-backed Audi A4. After a seven year absence, he returned to GTC racing in 2019, winning the East London round.

The 43-year old Sipuka famously raced a Mercedes-Benz Supertruck during the European Supertruck visit to South African in 1999 and also tested Indy Lights car during his varied career.

“It will be an honour to showcase ourselves on an international stage,” said Sipuka. “Consistency and speed will be our watchwords. The Kyalami 9-Hour is going to be a very special moment for our team.”

Philip Kekana is both excited and nervous about his GT3 racing debut. Having been out of the sport for a long time, he is relishing his test session ahead of the big race.

“It is going to be a steep learning curve for me. I have to become accustomed to the car – understand how things work and how far I can push it. I was very excited when Xolile called to offer me the drive, and I have been training hard since then”, said the 55-year-old.

Kekana started racing Group N cars in 1997 before winning the title in 2002. He hopes the Into Africa Mining team will inspire young black children to take a bigger interest in motorsport, especially from an engineering perspective.