The Ford Dealer 400 in Thaba 'Nchu this weekend, penultimate round of the Donaldson Cross Country Championship, will be white knuckle time for crews at the sharp end of the Special Vehicle championship. 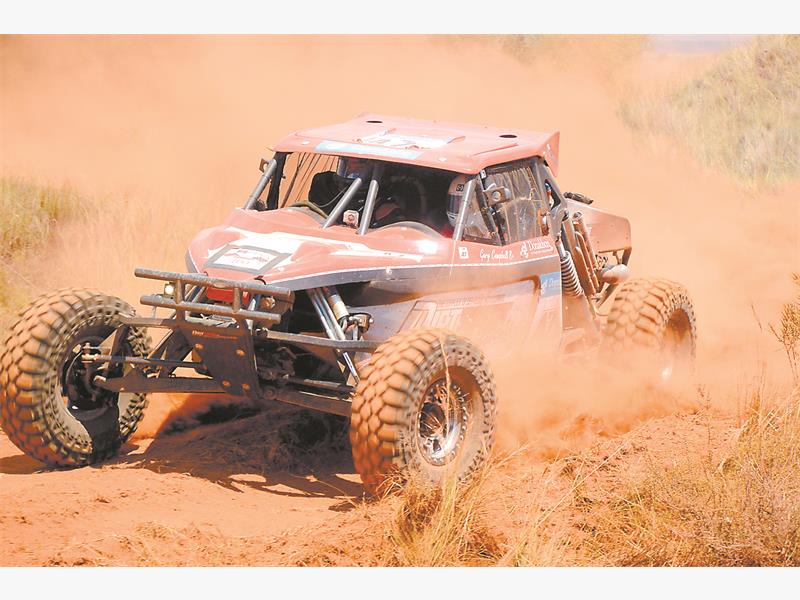 Only 12,5 points separate the first four crews in the championship and there are a number of other drivers and co-drivers who are still mathematically in the title mix. It adds up to a pressure cooker situation with all the championship hopefuls under the whip.

Fourth place on the recent Vryburg 400 and hiccups for other title contenders lifted KwaZulu-Natal crew Clint Gibson and Gary Campbell (Dirt Sport Components Porter) to the top of the overall championship. But they are only three points clear of Herman and Wichard Sullwald (Elegant Fuel Stryker) with reigning champions Evan Hutchison and Danie Stassen (Motorite BAT Viper) and Quintin and Kallie Sullwald (Elegant Fuel BAT Venom) lurking another 9.5 points in arrears.

Adding a little spice to the situation is the fact that Gibson and Campbell are the only team with a 100 percent finish record this season and still have to drop one score. For the others reliability becomes a major issue and none of the leading contenders can afford being listed in the ‘did not finish’ column of the final results.

Each of the top four crews in the championship has won once this season. The only double winner is Class P hotshot Colin Matthews, once with Alan Smith and once with Rodney Burke, in the Century Racing CR3.

Those wins have kept Matthews in the mix in the overall driver championship while Philip de Vries and Johan Viljoen (Conqueror Porter) have quietly slipped into the championship picture. There is not much to choose between the top title contenders but there are a couple of other crews who could upset apple carts.

And then there is Matthews who again links up with Burke with whom he won the Sun City 400. Matthews trails Swaziland driver John Thomson in the Class P championship but his two overall victories on the Nkomazi 400 and Sun City 400 have kept alive his Special Vehicle title hopes.

In the Class P championship Matthews trails Thomson, who is partnered by Maurice Zermatten in a Zarco Magnum, by 21.5 points.

It is a cameo that could well have an impact on the championship outcome and, with Thomson/Zermatten unlikely to match Matthews/Burke for sheer pace, reliability again becomes an issue.

Further back there is also an interesting situation.