Molefe told the commission Exxaro wanted to charge Eskom more than R1,000 a ton for coal and that the power utility purchase land for it to mine. 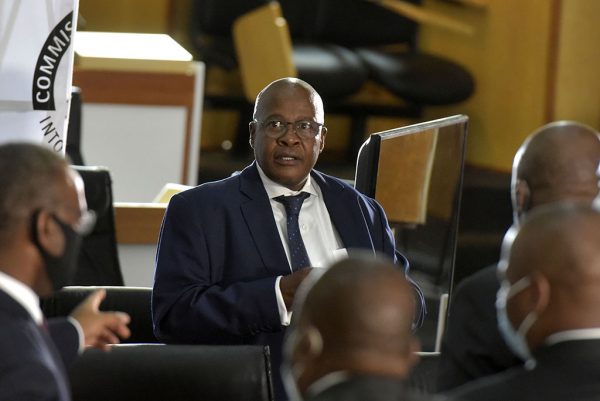 Appearing at the Commission of Inquiry into Allegations of State Capture on Tuesday, 2 March, after his testimony was cut short in late January, former Eskom CEO Brian Molefe said the power utility’s energy input costs would be reduced if the company engaged with black-owned businesses to supply them with coal.

Molefe told the commission’s chair, Deputy Chief Justice Raymond Zondo, that Exxaro mining company wanted to charge Eskom more than R1,000 a ton for coal and also that the power utility purchase land for it to mine.

The former Eskom boss reiterated that this was in spite of black economic empowerment (BEE) businesses offering coal at a lower cost than Exxaro.

“My thinking about coal supply in South Africa as that there is 400 years of coal in the ground. If you allowed and gave black economic empowerment companies, small companies, and they assisted to start mining the coal and you have a lot of them and you create a price tension geometry. It would actually reduce Eskom’s primary energy cost.

“But buying from a few big white companies that feel entitled and that control supply just to squeeze you is not sustainable,” he said.

“They wanted to charge us R1,300 and in addition they wanted us to buy land and give it to them so they can mine. I was uncomfortable with that. BEE companies were willing to take R400.”

He noted that Eskom’s decision to end long-term coal supply contracts was to blame for the power utility’s struggles to secure coal supplies and also the reason behind load shedding.

He also dismissed claims that he pressured Glencore to sell Optimum coal mine to the Guptas in 2015.

When asked if he was suggesting that President Cyril Ramaphosa, who was appointed chairperson of Optimum by Glencore, was involved in the mining company’s debt to Eskom, Molefe said “it’s just a coincidence”.