The former Eskom boss also said he was informed that his early retirement was a mistake and needed to be reversed. 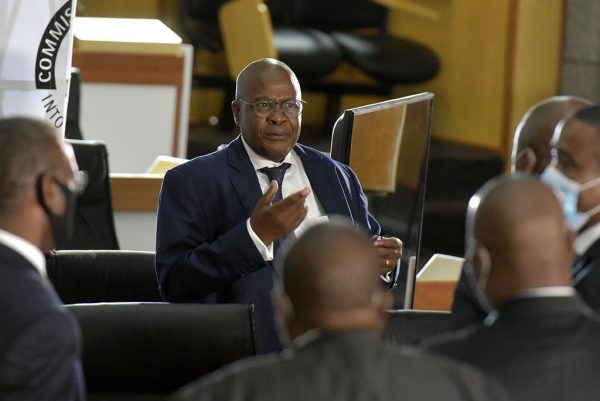 Former Eskom CEO Brian Molefe continued with his testimony at the Commission of Inquiry into Allegations of State Capture on Wednesday, 3 March, saying he found “evidence” that confirmed the appointment of President Cyril Ramaphosa as the chairperson and non-executive director of Optimum Coal Mine.

This is after evidence leader advocate Pule Seleka revealed on Tuesday that former Glencore CEO Clinton Ephron denied Ramaphosa was the chairperson of Optimum.

Adv Seleka says but Mr. Glinton Ephron on his statement denies that Mr. Ramaphosa was the Chairman of Glencor.#StateCaptureInquiry

Molefe’s counsel raised its concern that Ephron’s statement on Ramaphosa was not made under oath, to which Seleka noted the statement was signed by the Glencore CEO. However, a signed statement under oath would be pursued.

The former Eskom boss confirmed he was present at only one “war room” meeting where he gave detailed information on Eskom‘s load shedding strategy, with Ramaphosa also attending.

He added the meetings were held every Friday.

When asked about former Department of Public Enterprises (DPE) minister Lynne Brown’s affidavit, which states that Eskom executives were not providing sufficient and detailed information in the meetings, Molefe said nothing too important was discussed as he wanted to focus on load shedding.

He said the meetings were a waste of time, which led the former Eskom boss to stop attending.

On his employment at Eskom, which lasted only for a year and a half, Molefe said he understood that his appointment would be permanent, however, Brown wanted to amend his contract to a five-year fixed-term.

Molefe further told the commission he left Eskom after he was implicated in the Public Protector report, released by Thuli Madonsela at the time, which activated the agreement he had reached with the power utility’s board to receive his pension funds.

“I left because I felt that with the allegations it was not good for me to be at Eskom. The Eskom board assured me that when I leave….it would be as if he left at the age of 60,” he said.

“Chair, when you are a CEO and you are accused of corruption….how will employees look at me when I’m accused of such.”

He said after leaving Eskom he was approached to be a member of parliament for the ANC in the North West.

He further said that the former head of legal and compliance at Eskom, Suzanne Daniels, informed him that his early retirement was a mistake and needed to be reversed.

“While I was at the National Assembly, Ms Suzanne Daniels came to see me in Parliament. She said the minister was concerned that I was given early retirement after only working at Eskom for 18 months and wanted to reverse the decision,” he said.