The layout at Doha Golf Club awaits as the second event in the European Tour's desert swing tees off with the start of the Commercial Bank Qatar Masters today with a host of South Africans ready to mount a challenge. 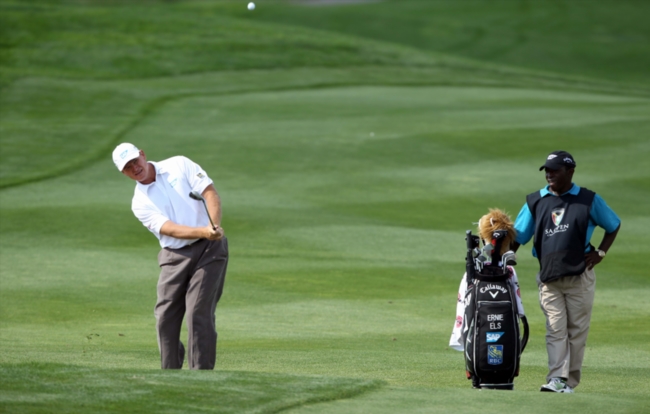 The event will see the return of Ernie Els as he takes part in his first event of the year and the 44-year-old, who won here on his first appearance in 2005, is bidding to become the third player to claim this title twice with Adam Scott and Paul Lawrie the only players to do so to date.

“I won on my first appearance in Doha after playing a really good final round and I’ve come close since then, so I do think I have a chance of repeating that success if my game is on that week.

“The tournament always has a good field, though, so there will be a lot of competition,” Els was quoted as saying on the Tour’s website.

“I’ve always enjoyed the Commercial Bank Qatar Masters as the Middle East has beautiful weather at this time of year and I enjoy the course layout at Doha Golf Club.

“It’s a good challenge, but it’s also very attractive and just makes for a really relaxing environment,” he added of the 6 767m layout in Qatar.

Els will be joined by 11 other South Africans in the field and after positive showings in Abu Dhabi last weekend confidence will no doubt be high, particularly in the case of George Coetzee.

Coetzee was the best performer of the contingent at the Abu Dhabi Golf Championship.

He finished in a share of fourth at the weekend and he will be looking to mount a serious claim for the unique mother-of-pearl trophy while there is also a chance for Darren Fichardt to impress again on the back of his 10th place finish.

Thomas Aiken, Hennie Otto and rookie Brandon Stone all finished in a bunch tied for 19th, and will look to mount similar challenges.

Branden Grace will be looking to improve after finishing level par in a share for 52nd last weekend as will Dawie van der Walt, JB Kruger and Garth Mulroy as all three struggled in Abu Dhabi.