The baby crocodile has since been transferred to a place of safety. 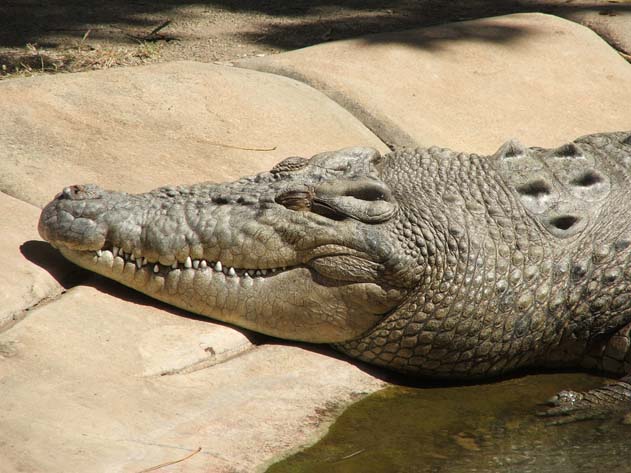 A metre-long baby crocodile was recently captured near Khuthala Park in Ermelo, Mpumalanga.

This after video footage of a baby crocodile at Pet Dam trended on social media and caused a stir among residents last year.

Siyabonga Mabizela (not his real name), who captured the reptile, said he was trying to protect the animal from onlookers who were pelting it with stones, Highvelder reported.

Siyabonga grew up in Madadeni, Newcastle, where both his father and grandmother were traditional healers.

He said he learned a lot about animals at an early age, and everyone in his neighbourhood knew his passion for them.

“Every time there would be a snake or any other animal, no matter how dangerous, the neighbours would call for me.”

After receiving the video footage last year, both the Highvelder and Msukaligwa municipal officials took the footage to the Wildlife Protection Services (WPS) at the Mpumalanga Tourism and Parks Agency for verification.

Ermelo’s chief nature conservator, Johan Coetser, confirmed that it was indeed a baby crocodile in the video.

Both the municipality and WPS had since requested members of the community to notify them, should they spot the reptile.

After the crocodile’s whereabouts became known, apparently after a photo of the reptile had surfaced on Facebook, members of WPS set out to recover it last Wednesday, where Siyabonga had kept it.

He had kept the animal in his bedroom in a large bath and fed it chicken portions.

Officials from WPS said animals such as crocodiles were protected by sections 30 and 33 laws, which state that it is illegal to keep them, and anyone who contravenes or fails to comply with the law shall be found guilty and be liable on conviction or to a fine or two years’ imprisonment.

The municipality cautions the public to refrain from catching or keeping crocodiles or any other dangerous and protected animals, as it is illegal, and they put their lives in danger.

They also appeal to the community to report it to authorities promptly if they see such reptiles.

Anyone with enquiries or information must contact the the Wildlife Protection Services office on 017-819-2827.

The baby crocodile has since been transferred to a place of safety.