The culprit swindled a woman and her family out of R3k. 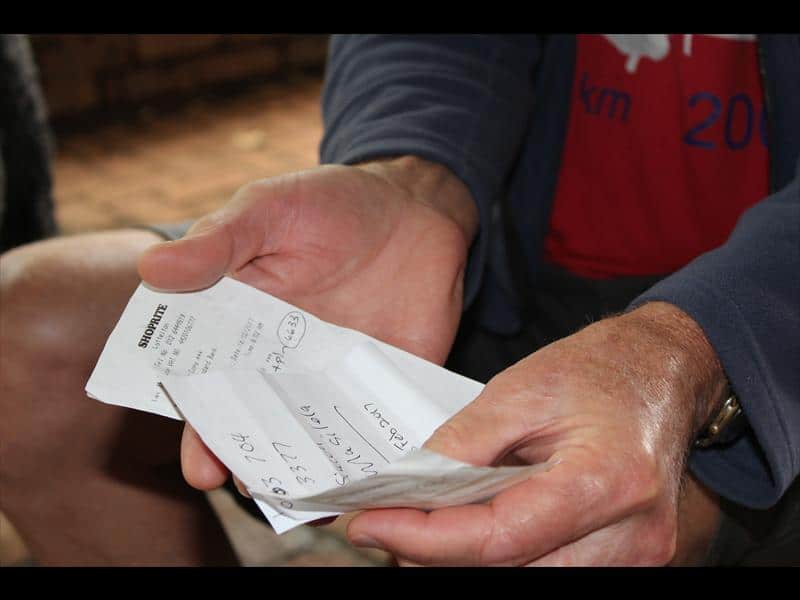 The woman shows the proof of the payment and the name of the person who withdrew the money. Photo: Jason Milford

A scammer spinning a tale about a dead domestic worker has resurfaced, this time targeting someone in Lyttelton, Pretoria.

The culprit swindled a woman and her family out of R3 000 on the weekend, Rekord Centurion reported.

The woman, who asked not to be named, said she received a telephone call in the early hours of Saturday.

A man told her her domestic worker had been killed in a car crash.

“My husband and I were so shocked to hear about our domestic,” said the woman.

“We were traumatised because she has been working for us for a long time and she lived on the premises. She is part of our family.”

According to the woman, the caller said he needed R3 000 for the car to be removed from the scene.

He said the bodies of the three women had already been taken away.

“We were trying to find a way to get the money to this person, whom we believed was our domestic’s brother, as soon as possible,” said the woman.

“We transferred the money, using the Shoprite cash-sending service.”

Later in the day, she told a neighbour that her domestic had died.

To the woman’s surprise, she heard her domestic’s voice behind her.

“When I turned around, she was here. I was shocked and traumatised all over again.”

The woman said it was not strange for her domestic to be away from home from time to time, as she worked for other people as well, and she also regularly attended church.

She said she ran into problems when she went to lay a charge with the police.

“When I went to the Lyttelton charge office, the police officer on duty said they could not open a docket, as they needed the address of the Shoprite the money was withdrawn from.”

The woman said she got a printout of the name of the person who withdrew the money from the Shoprite in Kwamhlanga.

“A woman by the name of Maria Naledi Mokgomong withdrew the money.”

She said she would go back to the police station on Friday with the new information.

“I am just grateful my domestic is alive, but we have to warn people out there about these scams.”

“How do people get hold of your information?”

“When people are employed, it is best to have contact details of a next-of-kin who can verify whether something has happened or if something is wrong,” he said.

He said it would help the police to obtain as much information from a complainant as possible.

But the police were not supposed to turn people away.

“Unless there is no element of crime in the complaint.”

Miller said complainants could ask for a detective on standby or the Vispol commander who is a shift manager.

“It is also important to get a police officer’s name so management can take the necessary steps to resolve the issue.”