The deadly snake was ready to attack and spit venom into the woman’s eyes. 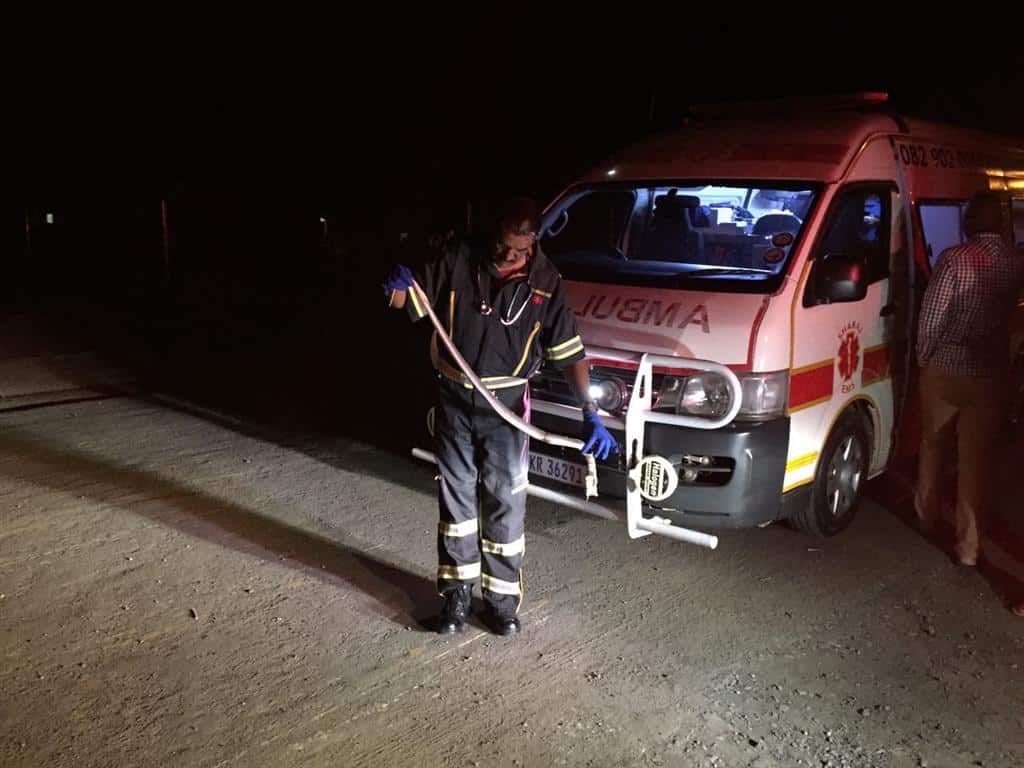 A paramedic holds the dead snake.

A one-month-old baby had a close encounter with a Mozambique spitting cobra last night, March 8, at their home in Colenso, close to Ladysmith, in KwaZulu-Natal, Ladysmith Gazette reports.

The Mozambique Spitting Cobra after it had been killed.

The mother, who is in her early 20s, had finished breastfeeding her baby and had placed the baby on the couch.

To her horror, at the side of the couch, she suddenly saw a snake that was more than a metre long. The mother grabbed the child and shouted frantically for help.

Family members rushed to the woman’s aid and attempted to remove the 1.2-metre snake from the house. However, it was ready to attack and spit venom into the woman’s eyes.

The snake was captured and killed by family members.

Emergency personnel stabilised the woman before transporting her to hospital.

Apparently, Mozambique spitting cobras can accurately spit their venom eight feet. Don’t hassle snakes – rather let them escape. They don’t want to pick a fight with you, as you are too big to eat. Snakes have poor eyesight, but can detect movement, so stay still. It isn’t a good idea to try and kill a snake.

If you are close enough to whack it, you are within its striking range.