The violence allegedly erupted after a councillor from one ward attended a meeting held in another ward. 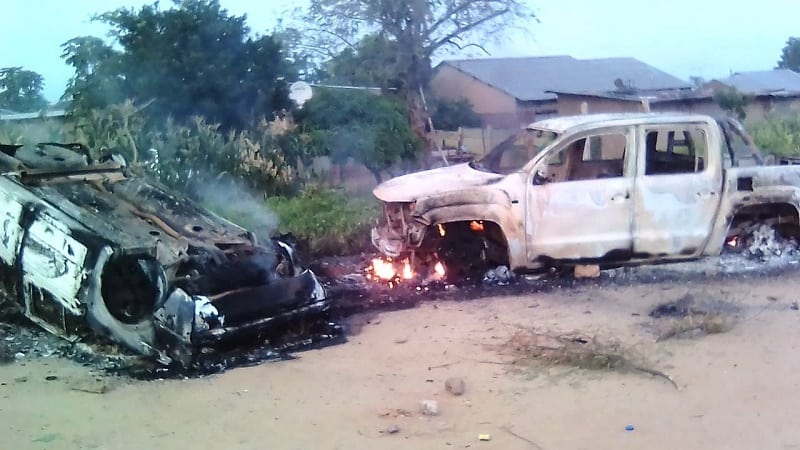 Five houses were damaged, five cars torched beyond repair and three people seriously injured during a violent protest that erupted during a meeting in Berberton, Mpumalanga.

Among the torched cars were those belonging to City of Mbombela Local Municipality councillors in the Umjindi-North Region, namely Mandla Mamba from Ward 44 and Jabulani Mkhabela from Ward 41, Mpumalanga News reported.

The injured individuals are recovering at hospitals (unidentified for their safety) after having been shot at and hacked.

Mpumalanga police spokesperson Colonel Leonard Hlathi said the violence allegedly erupted after a councillor from one ward attended a meeting held in another ward.

“The presence of the councillor in the meeting appeared to provoke the residents. Violence erupted, and two people were shot at, and one hacked. Five cars were torched, and five houses were damaged,” said Hlathi.

He added they were currently busy with investigations and were waiting for more people to come forward to open more cases.

“The cases we are investigating range from attempted murder, malicious damage to property and arson,” Hlathi added.