The community is demanding answers regarding an unfinished 735-metre entry road. 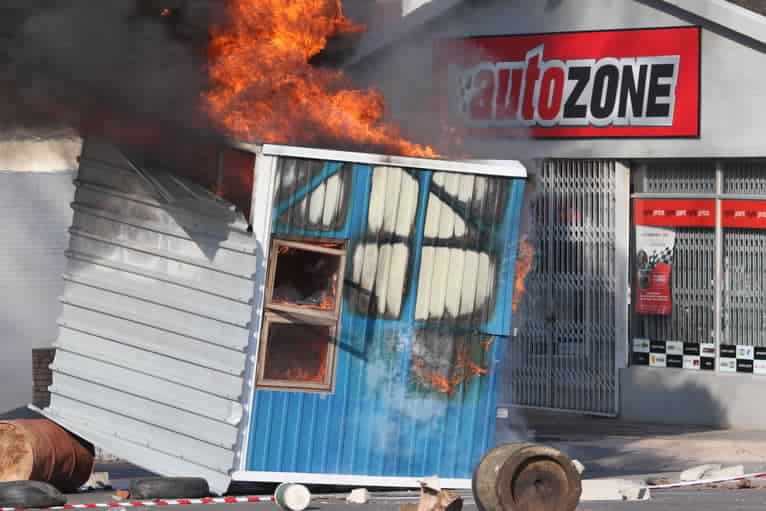 Thee protesters took to the streets on Monday, burning tyres at the intersection of Mangosuthu Buthelezi Drive and Kangella Street before using trees to obstruct incoming traffic on roads from Nkandla, Gingindlovu and the King Dinuzulu suburb, Zululand Observer reported.

They then moved in small groups into the town’s centre, setting more tyres alight at four places along Osborn Road.

A small contingent of the Public Policing Unit managed to disperse the crowd, but individuals continued to roam about, forcing shop owners to close their doors.

The situation remained tense throughout the day.

The protests emanate from the uMlalazi Municipality not providing answers to their concerns.

“The mayor came to speak to us yesterday [Sunday], but he spoke a lot and said nothing,” said one of the protesters.

The community is demanding answers regarding an unfinished 735-metre entry road and other issues involving money being removed from sections in the Infrastructure Development Plan.

The money was to be used for sport facilities and other projects in the King Dinuzulu suburb but, according to protesters, has been transferred to other projects.

It is a town issue

The protesters say they feel they have not received any support from the business sector.

Although they have the support of many of the businesses, businessmen say the protesters are “going about it the right way”.

After months of meetings, protests and attempts to get answers from the municipality, the community feels what they are doing is the only way to get everyone’s attention.