There was blood everywhere, and I did not know if my family and I will survive the brutal attack, said the victim. 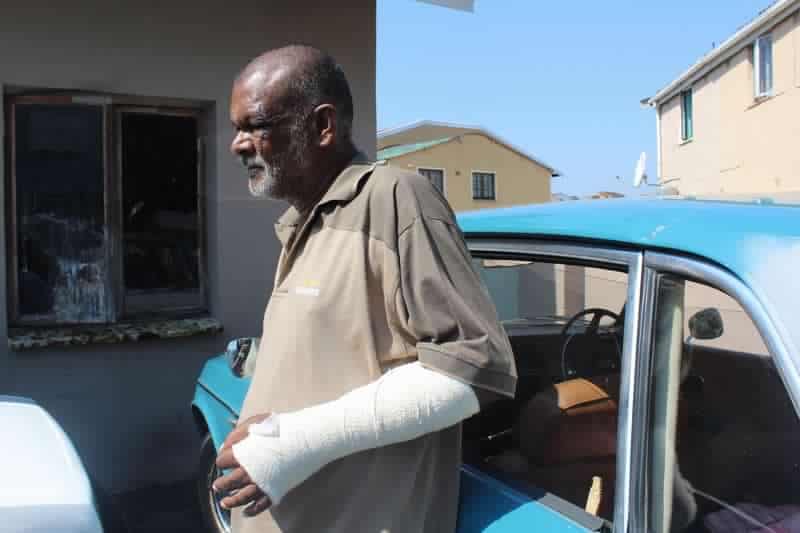 Alan Govender believes that he and his family are lucky to be alive following the brutal attack.

The father-in-law of the Westcliff man who went on an alleged rampage and attacked him, his wife, daughter and grandchild with a bush-knife said he thanks God for saving him and his family during the horrific attack at his home in Greenvale Avenue, KwaZulu-Natal, on Tuesday.

“There was blood everywhere. I did not know if my family, and I will survive the brutal attack.”

Alan Govender, 58,  said: “My son-in-law, Shalendra Singh, 34, fetched his six-year-old son a few hours before the horrific attack. The child spent some time with him, and the altercation occurred after he returned to our home with my grandson.

“When my daughter, Denise and I got home from Chatsworth Centre, she went to the toilet, and I went to lie down. I saw a shadow and asked my wife to check around the yard if there was anyone there. I suddenly heard screaming, and before I could get out of bed, Shalendra was in my room and attacked me with the bush-knife,” said Govender.

It is alleged that Singh attacked his 54-year-old mother-in-law, Reena, and his son, before attacking Govender. According to Govender, Reena was chopped three times on her head and also has open wounds on her hands, legs, neck, back and fingers.

“After he chopped me, he looked for my daughter. She was in the toilet at the time. He broke down the toilet door and attacked her. She has severe injuries and was chopped twice on her head, and on her hands and legs. Her skull is also fractured,” added Govender, who works as a yard supervisor at a transport company.

Singh slit his own throat and succumbed to his injuries at a local hospital.

The distraught father-in-law said he suffered from cancer and he believed that Singh took advantage of the fact that he was ill when he premeditated the attack.

“My daughter and Shalendra were together for about 10 years, and they separated a year ago. He was always problematic, and my daughter was assaulted and abused by him for the duration of their relationship. Today would have been the final hearing for a pending case regarding him threatening my daughter with a firearm. We thank God that police took his firearm away because he would have killed everyone who was in the house and turned the gun on himself if the gun was still in his possession,” he added. The weapons which were used during the attack.

“It is alleged that the man visited the home of his estranged wife where an altercation occurred. The man became violent and chopped his wife and two other adults at their home. His six-year-old child was also injured.  He then stabbed himself. He was taken to a local hospital, where he succumbed to his injuries. The victims were taken to a local hospital, where they remain in a stable condition,” said Pillay.

An inquest and attempted murder dockets are being investigated.

Scrapped or not, South Africans will pay for e-tolls, says Fikile Mbalula
21 mins ago
21 mins ago

B.1.1.529 variant: Dirco says UK govt rushed decision to place SA on its red list
4 hours ago
4 hours ago

Scrapped or not, South Africans will pay for e-tolls, says Fikile Mbalula
21 mins ago
21 mins ago

B.1.1.529 variant: Dirco says UK govt rushed decision to place SA on its red list
4 hours ago
4 hours ago