These contracts will ensure that commuters in Mamelodi, Meyerton, Vosloorus and Boksburg areas continue to receive bus services. 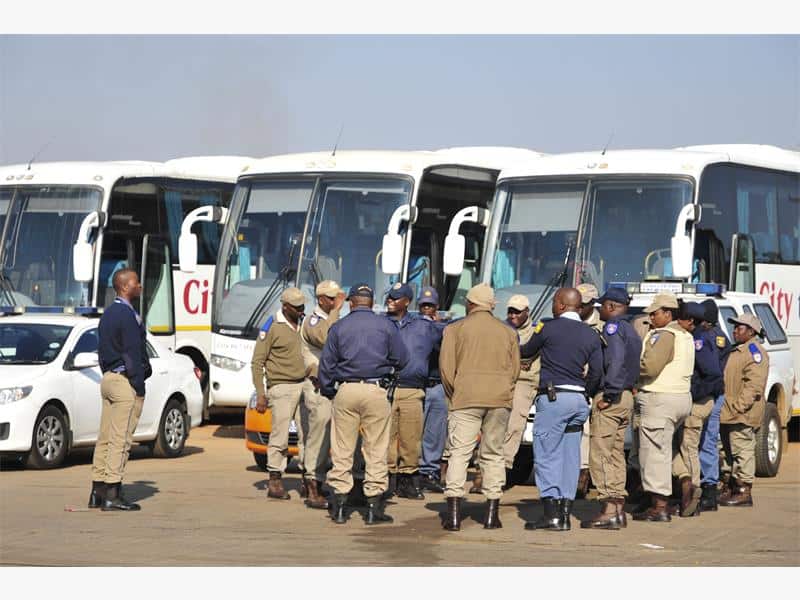 Police and metro police stand in front of AutoPax busses on 1 July 2015 in Mamelodi after issues arose from taxi operators who refused to let commuters board the busses and insisted that they take the taxis instead. Picture: Christine Vermooten

The Gauteng department of transport has announced the extension of eight bus contracts with Autopax for a further six months.

In a statement released last Thursday, spokesperson Melitah Madiba said these contracts for Tshwane, Ekurhuleni and Sedibeng municipalities were effective from the 1st of this month until 30 September this year.

Autopax is a subsidiary of Prasa (the Passenger rail Agency of South Africa) and operates two bus services, Translux and City to City.

Madiba said the department was satisfied with the extension, as it would render affordable bus services to commuters.