Patrollers discovered that the apparently abandoned house is full of used condoms and human waste. 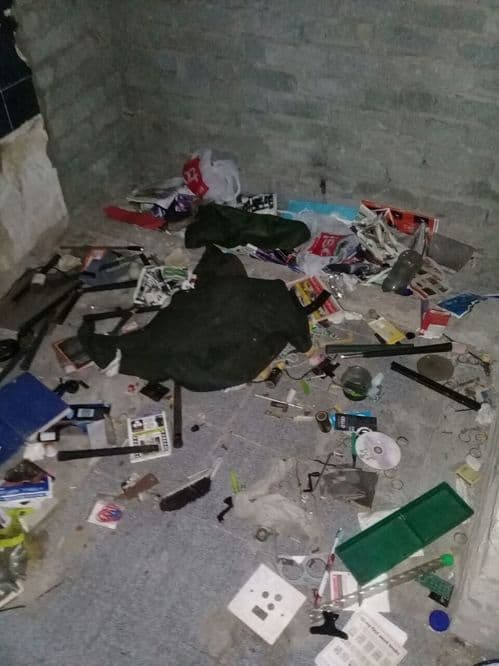 Trash strewn across the floors inside the abandoned house. Picture: Zululand Observer

Used condoms, human faeces, stripped electronics and rubbish were only a few of the items blanketing the floors and floating in the pool of SA Social Security Agency (Sassa) CEO Thokozani Magwaza’s half-built and neglected house in Meerensee, KwaZulu-Natal, Zululand Observer reports.

This was the stomach-churning discovery made by Community Police Forum (CPF) Meerensee patrollers in Richards Bay when they raided the house on Krewelkring street following countless complaints from neighbours plagued by the stench coming from the property and the reported influx of crime after vagrants made the structure their home.

CPF’s Corrie Pretorius said that, on entering the house, three inhabitants fled on foot towards the greenbelts on Dune Road.

“The house is disgusting. Even an open toilet with no water was used. 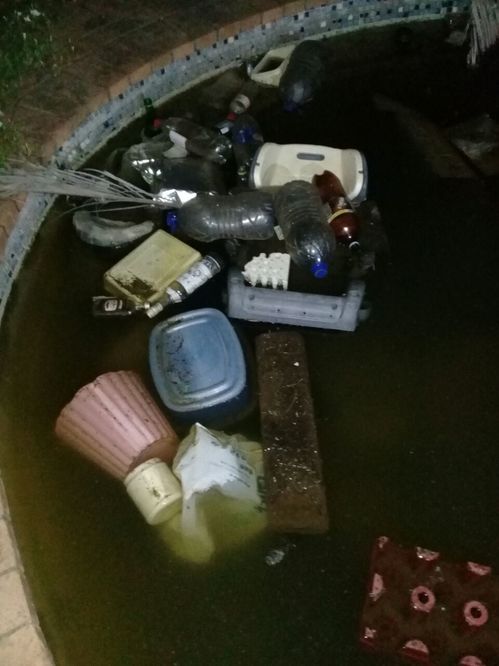 “The pool is half-full with rainwater and festers with muck, dirt and rubbish. Trolleys were scattered around and fires were still smouldering.

“We found ‘sleeping quarters’ with makeshift beds and a small quantity of dagga. The people of Musselcracker and Moonfish are fed-up with this health and safety risk. It is unacceptable,” said Pretorius.

According to the property’s registration with the Deeds Office, the house belongs to Magwaza, who has not yet responded to media questions about the dwelling.