Two bullets missed his brain, though he suffered a fractured skull and internal bleeding. 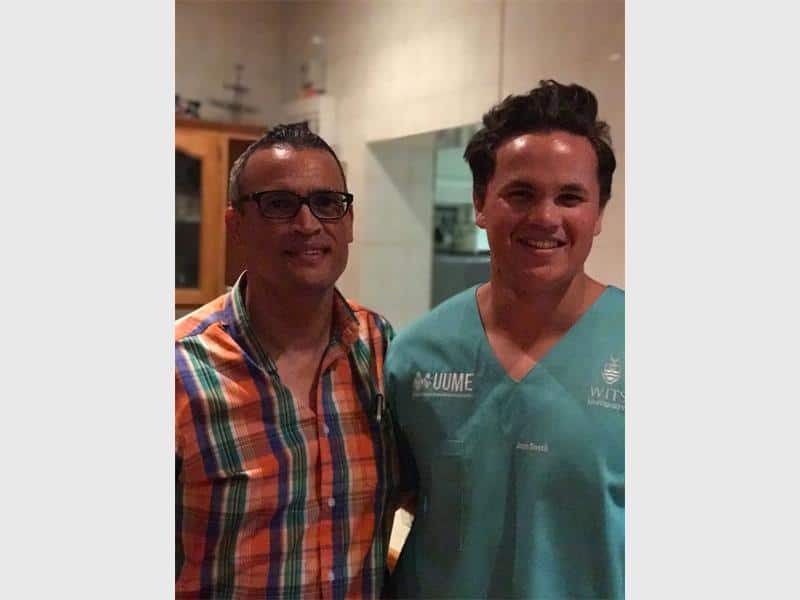 Joshua Bosch on the right, with his uncle Doctor Marlin Mckay. (Photo: Supplied)

Doctor Marlin Mckay, uncle of 21-year-old Joshua Bosch who was shot during a botched hijacking on Wednesday morning, told the Record the third-year Wits medical student miraculously was “okay” and in a stable condition, the Roodepoort Record reports.

According to Mckay, CT scans have shown that neither of the two bullets entered his brain. He has internal bleeding and a fractured skull. Bosch’s family is currently waiting for a neurosurgeon at Milpark Hospital.

Mckay said he would keep everyone updated as to Bosch’s progress.