He taught young boys how to respect and be responsible fathers when they grow up. 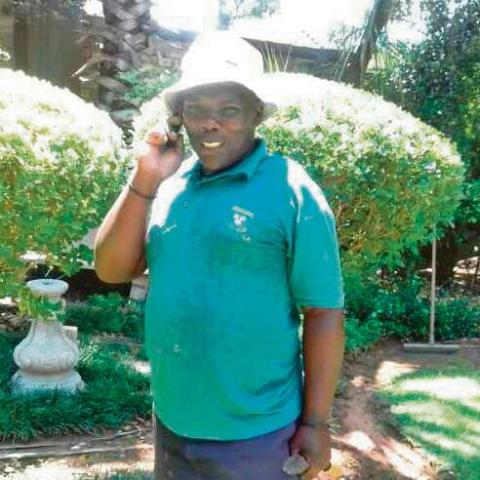 Kalusha Stuurman, the owner of a reputable initiation school.

An initiation school owner, Philile Kalusha Stuurman, who successfully led 30 initiates out of the bush in February, was found murdered in the streets of Ext. 11 in North West,  Potchefstroom Herald reports.

Police spokesperson Constable Kelebogile Trom  said: “Police were called to the murder scene in Ext. 11 and found the 44-year-old with multiple stab wounds to his body.”

“According to witnesses, he had been involved in a fight with a known man earlier. The suspect has since gone into hiding and has not yet been arrested,” she says.

The deceased has been described by his friend, Obaakanyeng Keobetseng, as a ‘giant’ who has taken about 190 initiates through their rites of passage since he started the school.

“He was passionate about initiation schools and teaching young boys about respect and growing into responsible fathers. I have lost a good friend,” he said.

When the family was visited, they were shaken and still in disbelief at the murder of Kalusha.

His aunt, Jane Zweni, said he was a churchman who was always accompanied by his family. He was a loving person and had respect for the other people. I am shocked by what has happened to him. I hope his murderer continues with his bad deeds and is stopped in his tracks by his maker, God, she said.

Kalusha’s wife, Matseleng, on the other hand said: I forgiven the person who killed my husband and l am satisfied that “God will deal with him”.

Kalusha left behind an 18-year-old daughter, Ntombi, and an 11-year-old boy, Siyabonga.