Learner, 17, in uniform bust with drugs

The boy was released into the custody of his parents. 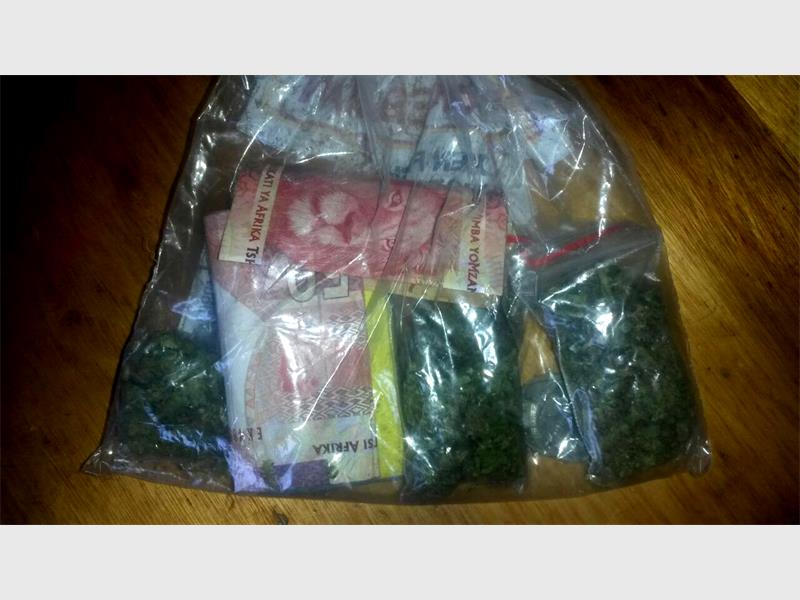 The drugs and cash found on the 17-year-old suspect, who was released into the custody of his parents. Photograph: Norkem Park police

A 17-year-old boy wearing his school uniform was found in possession of drugs and cash in Norkem Park, Ekurhuleni, Kempton Express reports.

“Patrolling officers from Ekurhuleni North Crime Prevention saw a group of schoolboys in uniform at the corner of Tenkwa and Martin Prinsloo streets, and approached them to ask why they were not in school. They noticed the young suspect was trying to get away from the group,” said Norkem Park police spokesperson Captain Lesibana Molokomme.

Police said they confiscated 9.03g of dagga and money, which could be an indication of drug dealing.

“The suspect was released into the custody of his parents, and was charged with possession and dealing in dagga,” said Molokomme.

Molokomme appeals to all parents to monitor their children and check their schoolbooks and schoolbags frequently to ensure that they are attending school and that their schoolwork is up to date.

“This must be our daily duty as parents,” he concluded.