The young mother is believed to have been brutally killed over child maintenance. The grisly scene where the body was recovered

Three young children are living their worst nightmare after their mother’s decomposed body was recovered in Mtubatuba– with their father being the police’s main suspect for the murder, Zululand Observer reports.

The body of the 22-year-old mother was found by residents in a state of decay under their father’s bed in the Mfekayi Reserve.

According to witnesses, the smell of decomposition had led them to the man’s house.

Residents were already conducting a desperate search for the missing mother after she disappeared a week before the grisly discovery.

Residents say they had the shock of their lives when, during their search of the man’s home, they found the body wrapped in old blankets. 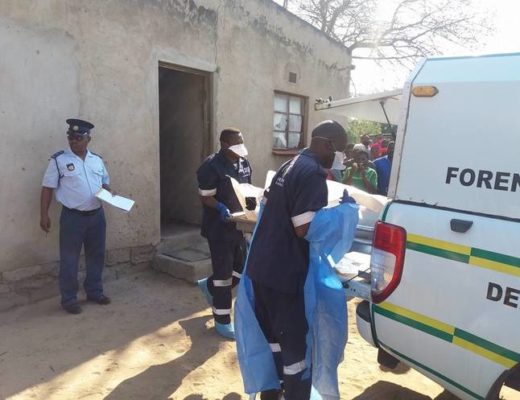 The victim’s family said she left their home with her 34-year-old boyfriend last Saturday, but when she didn’t return home, they reported her missing.

It is believed the couple had an altercation over their children’s maintenance and the quarrel ended fatally.

The boyfriend apparently confessed to the killing, saying he “lost it during an argument”.

He was arrested and a murder case was opened at KwaMsane Police Station.