The stadium has a capacity of 64 000 and there are only 20 000 tickets left for the Springboks and France game. 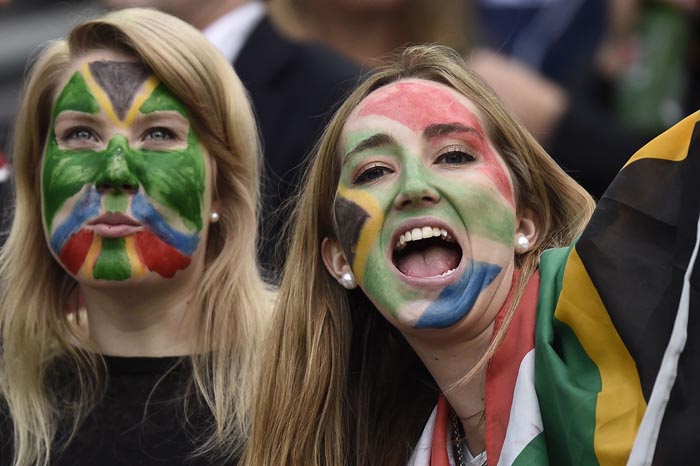 A massive crowd is expected at Ellis Park on Saturday for the third Test between the Springboks and France – after the attendances in the first two Tests weren’t exactly sellouts.

In the first Test at Loftus, a crowd of fewer than 30 000 turned up but there was a big improvement in the second Test in Durban last weekend, with 42 000 at Kings Park.

But with seven Lions players starting the first Test, eight starting the second and another six expected to start the third Test, the home of the Lions will be eager to watch their stars wearing green and gold.

To top all that, the Bok captain, No 8 Warren Whiteley, is also the Lions skipper.

Edgar Rathbone, the Lions chief financial officer, said more than 44 000 tickets had already been sold and a crowd in excess of 50 000 was expected.

There will be park and rides available, the Gautrain will be in operation, as well as fun entertainment areas for kids, braai areas, beer gardens and live music before and after the match.

“Ellis Park has a capacity of 64 500 and at this stage there’s just 20 000 tickets left,” Rathbone said. Tickets start at R100, while parking tickets are only available through Computicket.

Bok coach Allister Coetzee said crowd attendances had been great as far as the team were concerned.

After the Boks’ poor record last season – they won just four of 12 Tests – the belief in the national side was returning after two commanding displays against France, winning 37-14 at Loftus and 37-15 in Durban, and outscoring the French by eight tries to four.

“If you look at Pretoria and the attendances since February, it’s a 120% improvement when we played at Loftus,” said Coetzee.

“We are just so thankful to have that support and we appreciate it. “But what we like to see week in and week out is the belief in the Boks.

“A lot has been said the past year about there being no more gold in the green and gold, so we are all putting that back in place.” – news@citizen.co.za